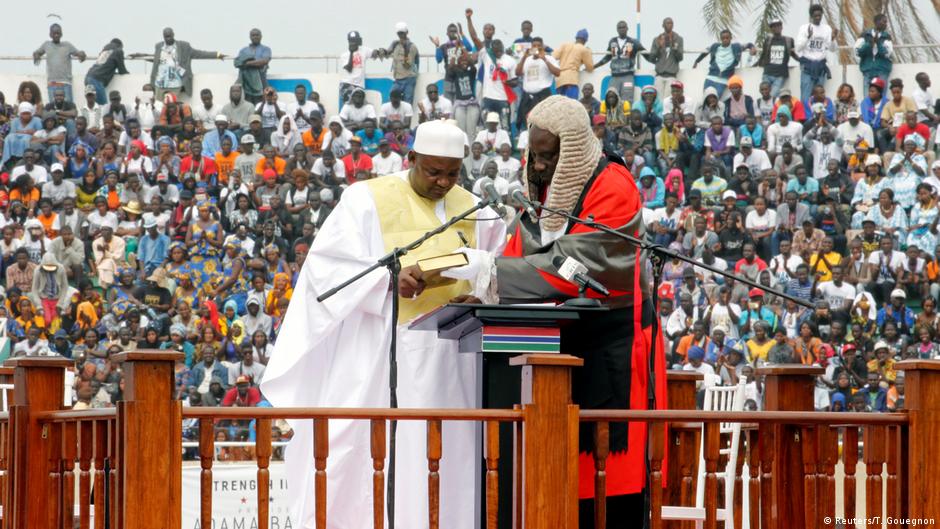 Gambian President Adama Barrow has pledged to work to jumpstart the economy as he was sworn in for a second five-year term in office near the capital, Banjul.

Barrow, 56, came to power in 2017 by unseating his predecessor Yahya Jammeh at the polls. He comfortably won re-election last month with 53 percent of the first-round vote.

The United Democratic Party of leading opposition candidate Ousainou Darboe appealed the election results to the Supreme Court, alleging irregularities and corruption in Barrow’s campaign. The plea was dismissed.

“Today we can comfortably conclude that my election to another five years is a vote of confidence in my government, a vote of acknowledgement of my achievements,” said Barrow, dressed in a white cap and robe, after being sworn in on Wednesday before an audience that included several other West African heads of state.

“2022 to 2027 is a period to press on for accelerated growth, expansion and advancement. The focus now centres on economic development,” he said.

He has faced a challenge reviving the economy of mainland Africa’s smallest country.

The coronavirus pandemic pushed the economy into recession in 2020, keeping away tourists from its white-sand beaches.

However, growth is estimated to have bounced back to about 5 percent last year.

During his first term, he improved relations with many foreign countries that had cooled under Jammeh’s 22-year tenure and worked to restore civil liberties that were repressed during that period.

Jammeh was accused by human rights group of presiding over a government accused of a litany of abuses, including death squads and torture.

Al Jazeera’s Nicolas Haque, reporting from Dakar, Senegal, said the swearing-in ceremony was “not only a historic moment for Adama Barrow himself, but also for all Gambians” and that it was seen as a “step forward” for democracy.

“Eight heads of states of the region, almost all of them from West Africa attended this swearing-in ceremony, in a region where there’s been a step back away from democracy – especially in Mali or Guinea,” he added.

During the swearing-in ceremony, Barrow reiterated a previous commitment to introduce a new constitution. He has previously said it would introduce presidential term limits but has not said whether that would prevent him from seeking additional terms.

Debates about presidential term limits have flared in several of Gambia’s neighbouring countries, including Ivory Coast and Guinea, whose presidents in 2020 used constitutional changes as reset buttons on their tenures to stay beyond the two-term limit.

Barrow had pledged as a candidate in 2016 to serve only three years if he was elected but later went back on that commitment.