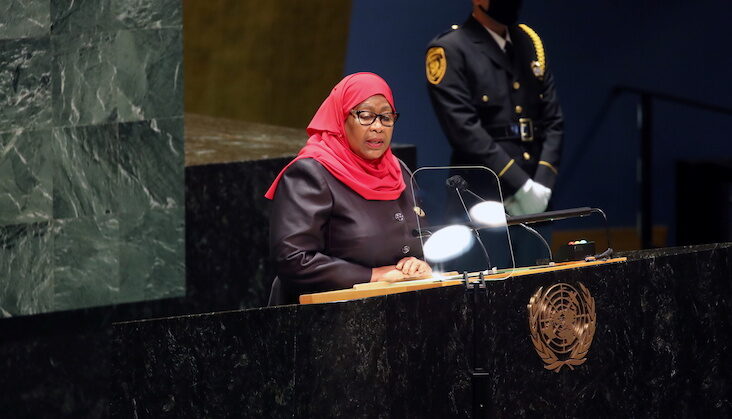 DAR ES SALAAM – Tanzania on Tuesday signed a contract with Turkish firm Yapi Merkezi to build a 368 km section of standard gauge railway that is expected to cost $1.9 billion and will be funded by loans.

It is part of a 1,219 km line which Tanzania is building to help boost trade with neighbouring countries and Yapi Merkezi is already building two other sections which are near completion.

The full line will connect Tanzania’s Indian Ocean port and commercial capital of Dar es Salaam with Mwanza, a port city on the shores of Lake Victoria which straddles the borders of Tanzania, Uganda and Kenya.

President Samia Suluhu Hassan said at the ceremony that Tanzania would borrow to finance the project.

“We will find friendly loan facilities and the best ways to get loans. We won’t get this money from levies or from domestic taxes,” she said, adding they were giving priority to the project because it connects Tanzania to its regional neighbours.

The east African country is currently implementing mega infrastructure projects to support its industrialisation plans including a controversial 2,115 megawatt hydroelectric dam being built in a UNESCO world heritage site.