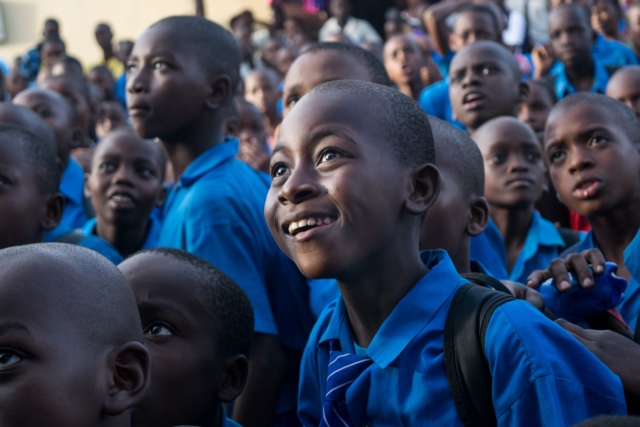 The United Nations has described press freedom as a “cornerstone” of democracy. Indeed, a free press can act as a watchdog on the government, strengthening accountability and transparency. It offers a civic forum, where multiple voices can be heard, and can set national agendas, which highlight the social issues that affect all of our lives. Ultimately, an unshackled press can accelerate human development by holding people to account and encouraging governments to be responsive to reform.

During the COVID-19 pandemic, Africa has seen press freedoms restricted and therefore the bedrock of democracy undermined. Reporters Without Borders showed in their 2021 World Press Freedom Index that African media remains mired in restrictions.

As we look beyond the pandemic, we must ask – how we can secure this cornerstone of democracy to guarantee a better future for Africans?

The best answer lies in enhancing the private sector.

A healthy private sector creates more jobs and wealth. This enables people to have more disposable income to spend on newspapers and media subscriptions. Outlets will then have greater revenue flows because businesses will be able to afford large-scale advertising. When media outlets have greater revenue flows, they are less dependent on the government and so become naturally more independent.

The free press also challenges and changes people’s perceptions. When businesses have raised employment rates and the quality of life, expectations increase for the government to fulfill their promises – and people have better information streams to know when the government does not. This makes people more willing to engage in the civic forums offered by the press, and more willing to support it by buying newspapers.

Without a healthy private sector, this ‘cornerstone’ has little chance of supporting democracy. Investigative journalist Bob Woodward famously said that “democracy dies in darkness.” But the free press dies in poverty.

My country – Liberia – is a prime example of a country where an undernourished private sector has limited press freedom. Today, Liberia is one of the poorest countries in Africa. In 2020, we had a GDP per capita of around $580 – a figure which has fallen continuously since 2016. But the country has proven potential to be economically strong. For a few years in the 1970s, Liberia’s per capita income was equivalent to that of Japan.

Analysts have lauded relaxations on press freedom in Liberia, such as the 2019 Abdullai Kamara Press Freedom Act which effectively decriminalized “libel,” “sedition,” and “criminal malevolence.” But media outlets still avoid criticizing authorities for fear of legal sanction and potential loss of government advertising, which the Press Union of Liberia (PUL) says is the sector’s largest source of revenue. There remains a serious issue of self-censorship as a result of exorbitant fines imposed on journalists for simply doing their job, as well as threats of or actual violence against journalists. In 2020, there were 28 reported incidents of violence and intimidation against journalists in Liberia, according to the PUL and Committee to Protect Journalists (CPJ).

To strengthen the private sector and reverse this situation, Liberia and other countries must improve governance and seek greater foreign direct investment.

Improved governance in the public and private sectors would enhance the country’s ability to tackle corruption and allocate proper spending, and so to introduce reliable and robust infrastructure to support commerce. Roads, seaports, and airport facilities remain unreliable and inefficient. Access to infrastructure varies dramatically throughout the country. This would significantly enhance the prospects for medium-term economic growth in Liberia.

The country should also seek greater foreign direct investment, which studies have shown is a major determinant of media freedom. There have already been some positive progress, such as the World Bank Group’s initiative through the IFC, the Liberia Private Sector Development Program, which is helping the country reform its investment climate, attract and promote quality investment, and fuel the growth of small and medium enterprises. More progress of this kind will result naturally from improved governance, as international financial institutions will be more attracted to countries with well-run businesses. But the country also needs leaders who actively engage the Liberian diaspora to reinvest in their homeland and support domestic entrepreneurs with international expertise.

By passing the right laws to protect media freedoms and empowering the judiciary to support its application – even in the face of state interference – countries can begin to build the trust required for the development of a strong, independent media.

If Liberia can strengthen the private sector in this way, our press will be healthier, our people will be employed, and our leaders will be accountable. This is the path to improving democracy and improving the lives of Liberians everywhere.

This reform could present a model of strong democracy to countries in Africa and worldwide. Though the pandemic has undermined the progress of many countries in this respect, the eventual recovery offers an opportunity for a reset of visions and enables us to build the future our countries need.

The piece was written by Alexander Cummings