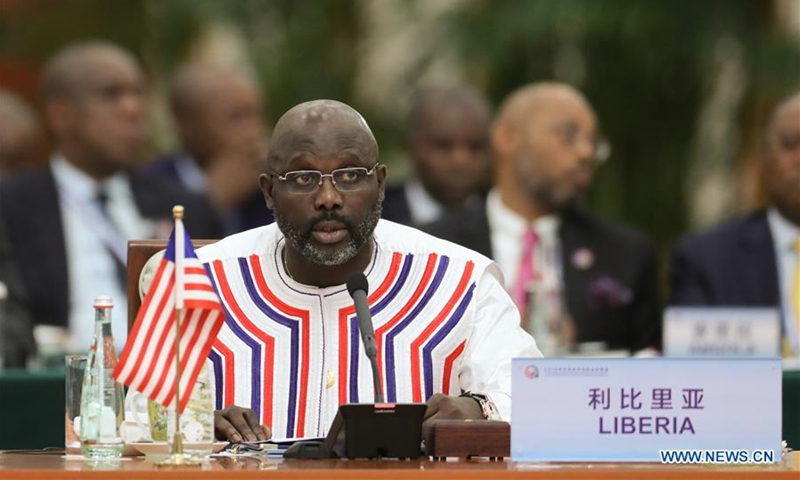 Under its Global Magnitsky Act, the U.S. Treasury records that Senator Johnson has been involved in pay-for-play funding with government ministries and organizations for personal enrichment, detailing that as part of the scheme, upon receiving funding from the Government of Liberia (GOL), the involved government ministries and organizations launder a portion of the funding for the return to the involved participants. It says the pay-for-play funding scheme involves millions of U.S. dollars, and that Senator Johnson has also offered the sale of votes in multiple Liberian elections in exchange for money. Hence, Johnson is designated pursuant to E.O. 13818 for being a foreign person who is a current or former government official, or a person acting for or on behalf of such an official, who is responsible for or complicit in or has directly or indirectly engaged in, corruption, including the misappropriation of state assets, the expropriation of private assets for personal gain, corruption related to government contracts or the extraction of natural resources, or bribery.

OFAC noted that Senator Sherman, who chairs the Liberian Senate Judiciary Committee, offered bribes to multiple judges associated with his trial for a 2010 bribery scheme during the former Sirleaf administration, and he had an undisclosed conflict of interest with the judge who ultimately returned a not guilty verdict in July 2019.

Then on Thursday, September 10, 2020, the United States Government barred former Liberian passport director Andrew Wonplo and his entire family from traveling to America “due to his involvement in significant corruption.”

Former U.S. Secretary of State under the Trump administration Michael R. Pompeo explained that in his official capacity at the Ministry of Foreign Affairs in Monrovia from 2018 to 2019, Mr. Wonplo was involved in passport fraud that undermined the rule of law, reduced the Liberian public’s faith in the current government’s management of identification and travel documents, and compromised the integrity and security of immigration processes.

“This designation is made under Section 7031(c) of the Department of State, Foreign Operations, and Related Programs Appropriations Act, 2020 (Div. G, P.L. 116-94)”, read a statement that was published on the United States Embassy’s website in Monrovia in 2020. “In addition to Mr. Wonplo, I am announcing the public designation of his spouse, Dennice Wonplo, and their minor children”, Mr. Pompeo added.

There are more officials or former officials to be designated for corruption in Liberia, according to the United States Government, and Liberians are edgy to know who may be the next corruption official to get on the U.S. corruption watch list, especially so when officials at the National Port Authority from the Managing Director down to branch managers are entangled in corrupt deals that breed conflict of interest.

President Weah should listen now and take a cue from signals coming out of Washington, DC to demonstrate leadership over the state of affairs rather than allow himself to be surrounded by cronies. In other words, the government should match words with deeds in its corruption fight. Anything short of this is nothing but mere lip service.