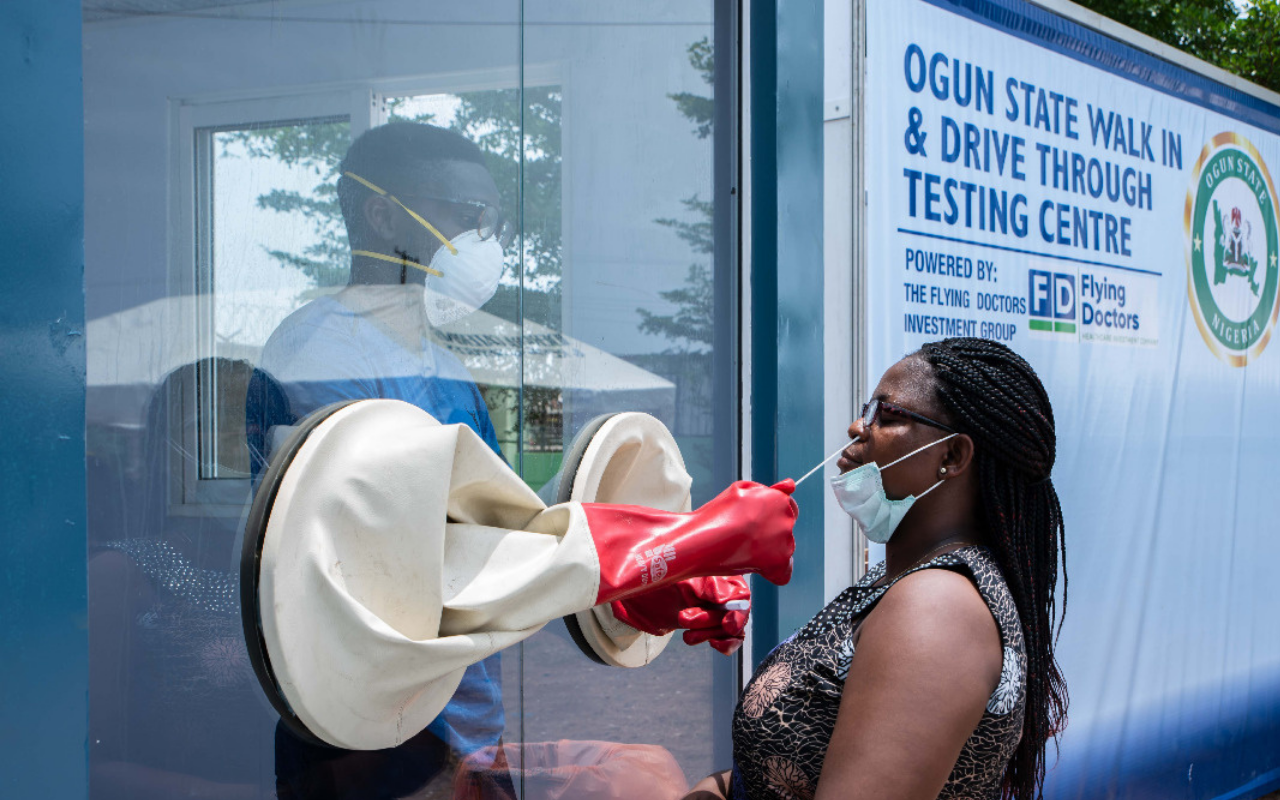 ABUJA-Nigeria’s public health institute said on Wednesday that it had detected the Omicron coronavirus variant in a test sample collected in October, weeks before the variant was first reported by researchers in South Africa.

The announcement expands the window of time during which Omicron is known to have been circulating before the World Health Organization labeled it a “variant of concern” last Friday, which prompted a wave of border closures and travel restrictions aimed primarily at southern Africa.

As of Tuesday, the first known sample of the Omicron variant had been collected on Nov. 9 in South Africa, according to Gisaid, an international database for virus variants. The announcement from Nigeria, in western Africa, again highlighted that scientists still cannot say with certainty where or when the variant originated.

In addition, Nigeria identified the variant in at least two travelers who arrived from South Africa in the last week, Dr. Ifedayo Adetifa, the director general for the Nigeria Center for Disease Control, said in a statement. Retrospective sequencing of previously confirmed cases, he said, had also spotted the new variant in a sample collected last month.

“The two recent cases, though asymptomatic, have been linked to clinical care, and other response activities, which include contact tracing, have commenced,” Dr. Adetifa said in a statement.

Nigeria is the third country in mainland Africa — besides South Africa and Botswana — to report the variant, which is now known to have reached every continent except Antarctica. But scientists say it could be weeks before more is known about how transmissible the variant is, the severity of illness it causes, and how much protection the current vaccines offer against it.

Still, governments have reacted with alarm and markets have tumbled in recent days, as the W.H.O. rated the global risk from the variant “very high.”

On Wednesday, Nigerian health officials urged state governments to make testing easily accessible, vaccinate many more people and ensure the public was adhering to public health measures including masking and social distancing. Nigeria has so far reported 214,113 positive cases and 2,976 deaths from the coronavirus.

Established in 2011, the Nigeria C.D.C. has over 500 staff working in its headquarters in Abuja and nationwide on diseases ranging from cholera to malaria and yellow fever. The center is managing at least five laboratories that are working in genomic sequencing of the coronavirus. In 2014, its scientists were lauded for how they helped contain the deadly Ebola outbreak from taking hold in Africa’s most populous nation.

The story was originally published by New York Times