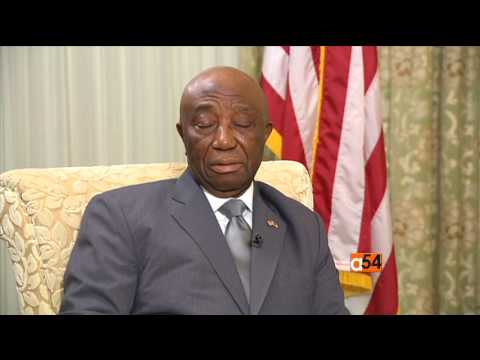 When Joseph N. Boakai of the Unity Party (UP) took the reigns as the rotating leader of the Collaborating Political Parties (CPP) in September, it was his chance to prove that he could lead the opposition coalition into a position of strength ahead of the 2023 presidential elections.

Boakai’s first two months have been mired in challenges as the CPP has fallen into internal disarray, leading many to speak of the “daunting” task the former Vice President faces bringing the CPP back into unity.

Boakai, of course, did not do himself any favors in this endeavor. His political ally, the Benoni Urey of the All-Liberia Party (ALP) is principally to blame for making accusations that CPP partner Alexander Cummings of the Alternative National Congress (ANC) tampered with the framework document of the CPP – which we later learned were entirely false accusations, and Boakai himself publicly committed to abiding by the Framework Document that his ally claimed was tampered with. Meanwhile, Boakai stayed remarkably silent on the issue.

As Front Page Africa noted on October 18, “Many had hoped that the former Vice President, now the standard bearer of the Unity Party, would have used his experience and wisdom to quite the down the noise within the CPP. Unfortunately, at least from the public’s perception, that was not the case and things went helter-skelter.”

Boakai has already come under scrutiny for his continued association with individuals such as Benoni Urey that have a questionable history of war crimes, sanctioning, and unexplained sources of wealth. Some in the Unity Party have expressed doubts about Boakai’s well-known association with Urey and the potentially detrimental effects it could have on Boakai’s political fortunes as the race for 2023 heats up.

The poor showing by the CPP in last week’s by-elections served as yet another warning sign that Boakai was not taking the leadership role that his position as CPP leader demanded. The disappointing result came at an awkward time for Boakai, as his supporters are increasingly trying to pressure Cummings and the ANC to pre-emptively accept the CPP’s vice presidential ticket under Boakai for the 2023 elections.

Even more questionable for the former Vice President is why he was on a weeks-long trip the United States focused on drumming up support for his presidential bid rather than focusing on the important by-elections and campaigning on behalf of candidates in Liberia, as other leaders in the CPP did.

The CPP remains in dire straits, and all eyes have been on Boakai since he took the CPP leadership mantle to right the ship. Unfortunately, since day one Boakai has preferred to remain silent as the coalition nearly tore itself apart over the fight over the framework document, and now he is busy traveling the USA while the CPP suffers at the polls.

In 2017, Boakai was mocked by George Weah and the CDC as “Sleeping Joe” and a “parked car.” Is Boakai asleep at the wheel – again?