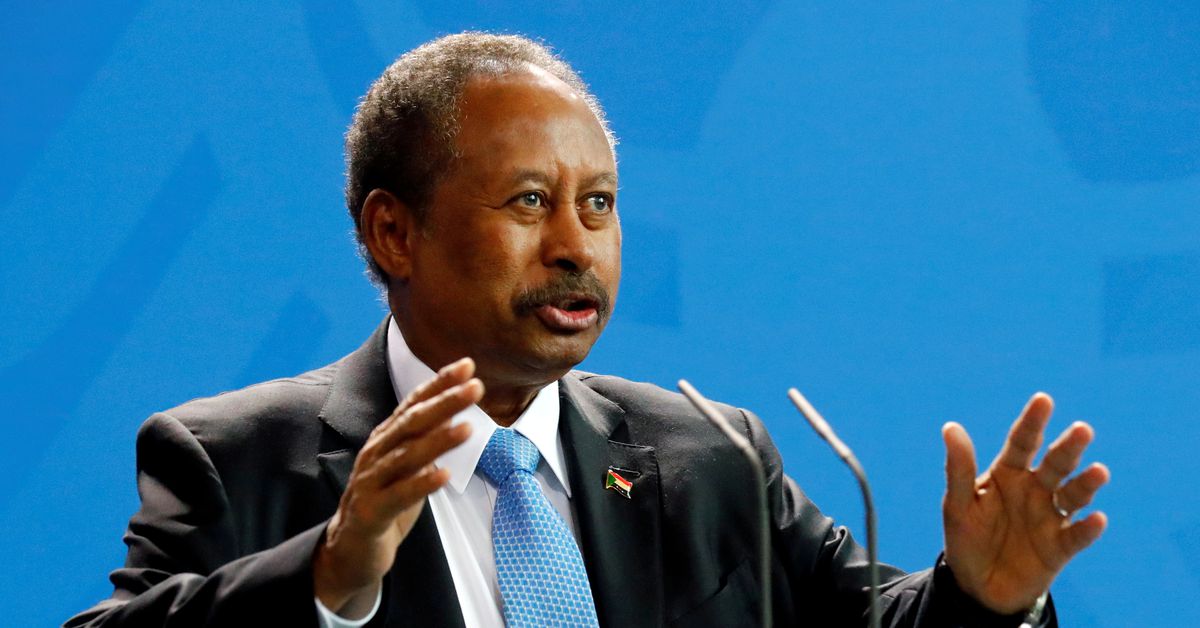 KHARTOUM– Sudan’s military reinstated Prime Minister Abdalla Hamdok on Sunday and promised to release all political detainees after weeks of deadly unrest triggered by a coup, although large crowds took to the streets to reject any deal involving the army.

Under an agreement signed with military leader General Abdel Fattah al-Burhan, Hamdok, first appointed after the overthrow of autocrat Omar al-Bashir in a 2019 uprising, will lead a civilian government of technocrats for a transitional period.

The deal faces opposition from pro-democracy groups that have demanded full civilian rule since Bashir’s ouster and have been angered by the deaths of dozens of protesters since the Oct. 25 coup.

A hero for the protest movement, Hamdok quickly became the villain for some.

“Hamdok has sold the revolution,” protesters chanted after the deal was announced. The Sudanese Professionals Association (SPA), a leading protest group, called it “treacherous”.

Tens of thousands of people joined scheduled rallies in the capital, Khartoum, and its twin cities of Omdurman and Bahri. Security forces fired bullets and tear gas to disperse them, witnesses said. A 16-year-old protester in Omdurman died from a bullet wound, the Central Committee of Sudanese Doctors said.

“Hamdok has disappointed us. Our only option is the street,” said Omar Ibrahim, a 26-year-old protester in Khartoum.

The AU, United States, Britain, Norway, the European Union, Canada and Switzerland welcomed the reinstatement of Hamdok and in a joint statement urged the release of other political detainees. The United Nations also welcomed Sunday’s deal.

Western countries had condemned last month’s takeover and suspended economic assistance to Sudan, which has been trying to recover from a deep economic crisis according to Reuters.

The coup triggered mass demonstrations against the military, and medics aligned with the protest movement say security forces have killed 41 civilians in increasingly violent crackdowns.

Hamdok said he agreed to the deal to prevent more casualties.

“Sudanese blood is precious. Let us stop the bloodshed and direct the youth’s energy into building and development,” he said at a signing ceremony broadcast on state television.

Burhan said the deal would be inclusive. “We do not want to exclude anyone except, as we’ve agreed, the National Congress Party,” he said, referring to Bashir’s former ruling party.

But the agreement made no mention of the Forces of Freedom and Change (FFC), the civilian coalition that shared power with the military before the coup. A number of people at the signing ceremony had political ties to Bashir.

The FFC said it did not recognize any agreement with the military. The Sudanese Congress Party, a leading FFC member, several of whose leaders are detained, described Hamdok joining the deal as “illegitimate and unconstitutional” and providing political cover for the coup.

Several of the resistance committees that have been organizing protests also put out statements rejecting any deal with the military.

Hamdok was placed under house arrest when the military seized power, derailing a transition towards elections in 2023.

The military dissolved Hamdok’s Cabinet and detained a number of civilians who held top positions under the power-sharing deal agreed after Bashir was toppled.

Politicians Omer Eldigair, Yasir Arman, Ali Alrayah Alsanhouri and Siddig al-Mahdi would be released on Sunday night, a government source said. Only Arman is among the former sitting officials, many of whom had engaged in a war of words with military leaders before the coup.

Under Sunday’s deal, a constitutional declaration struck between the military and civilians in 2019 will remain the foundation in further talks.

“The next government will focus on limited issues, chiefly the democratic transition,” Al Jazeera quoted Hamdok as saying in an interview. Hamdok said elections would take place before July 2023, the channel added.