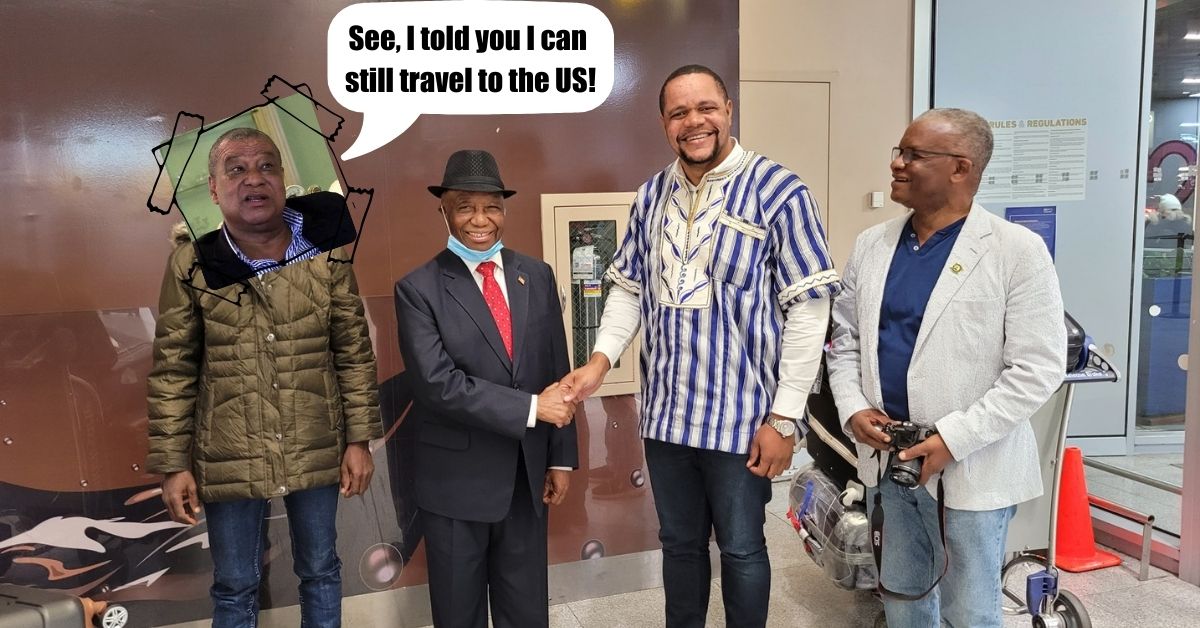 On November 1, former Vice-President Joseph Boakai of the Unity Party (UP) touched down in the United States. The leader of the UP and presidential candidate will tour the United States for three weeks.

Boakai has had a packed schedule of interviews and speaking engagements. On November 6, Boakai gave an interview to Voice of America (VOA), and on November 11 he was interviewed by the BBC.

Boakai also attended a church service in Clayton, Delaware, spoke at a town hall in Philadelphia, and from November 12-14 he will be in Minnesota to attend a multi-day town hall. Boakai also appears to be finding time for leisure, visiting a barber shop in Philadelphia with his entourage and touring the East Coast of the United States.

Throughout Boakai’s visit, he has been flanked by none other than Henry P. Costa, the controversial radio host who resides in Delaware and is a vocal supporter of Boakai for the 2023 presidential elections.

Absent from the festivities despite the large entourage traveling with the former Vice-President in the United States is Benoni Urey, leader of the All-Liberia Party (ALP). Henry Costa, as is well-known, describes Urey as his “political leader,” and Urey has long been a financial and political backer of Boakai. Urey also likes to claim that he is the wealthiest man in Liberia.

This raises the uncomfortable question: where is Benoni Urey when all his friends are traveling around the United States, having fun and drumming up support for Boakai among the Liberian diaspora? If Urey is Boakai’s financial muscle, and Costa is Urey’s biggest public advocate, it would only make since for Urey to be a prominent attendee on Boakai’s US travels.

After all, when Alexander Cummings, Boakai’s rival within the Collaborating Political Parties (CPP) visited the United States last month, he took a large entourage and attended many meetings with prominent members of the Liberian diaspora, US policymakers, and think tanks.

It has now been revealed that Urey was in fact supposed to accompany Boakai on his US trip, and information has been shared with us revealing that Urey was invited to many of the events Boakai has attended during his three-week trip in the United States.

It has also come to our attention that Urey, who has a dark past of sanctions and blacklisting by the United States and the United Nations, was present at the airport in Monrovia with Boakai but was not allowed to board the aircraft after receiving a denial from the US immigration authorities.

It is no wonder that such an embarrassing outcome should only now be coming to light: Boakai, Costa, and especially Urey have tried their utmost to conceal that Urey is unable to travel to the United States.

Henry Costa has long made allegations that sitting members of the George Weah government are allegedly unable to travel to the United States – in May, for instance, Costa claimed that Samuel Tweah, Nathaniel McGill, and a host of other Liberians were denied visas to travel to the United States. As it turns out, Costa’s political leader is the most tainted of all Liberian politicians in the eyes of the US immigration authorities.