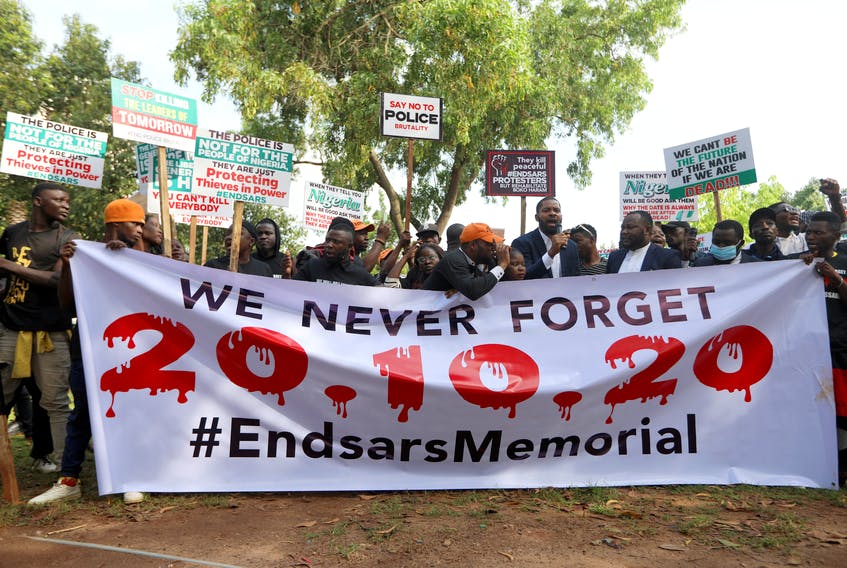 LAGOS– A new movie exploring the impact of rogue law enforcement officers on Nigerian society and inspired by last year’s anti-police brutality protests was premiered at one of Africa’s foremost film festivals in Lagos.

Nigerians last year took to the streets to demand an end to what demonstrators said was endemic police brutality. But the ebullient protests, which had taken place in cities across the nation of some 200 million, ended at a Lagos toll gate in a hail of gunfire.

The movie, Collision Course, tells the story of a law enforcement officer struggling to make ends meet and an aspiring musician whose worlds collide.

The officer sets up a roadblock to demand bribes and meets the frustrated young artist, whom he mistakenly shoots dead, setting in motion a chain of events that leads to him being arrested.

Movie director Bolanle Austen-Peters said the film seeks to show some of the underlying issues that forces someone to turn against the very same people he swore to defend.

“I found out that every single person in the story had a back story that we all needed to understand, and at the end of this when you watch this movie you begin to understand that we are all victims, we are all brutalized by the system that we live in,” she said.

The 75-minute movie was the closing film at the African International Film Festival that ended on Saturday.

Better known as Nollywood, Nigeria’s multibillion-dollar industry churns out movies and TV shows at a rate second only to India’s Bollywood on modest budgets and employs 1 million people.