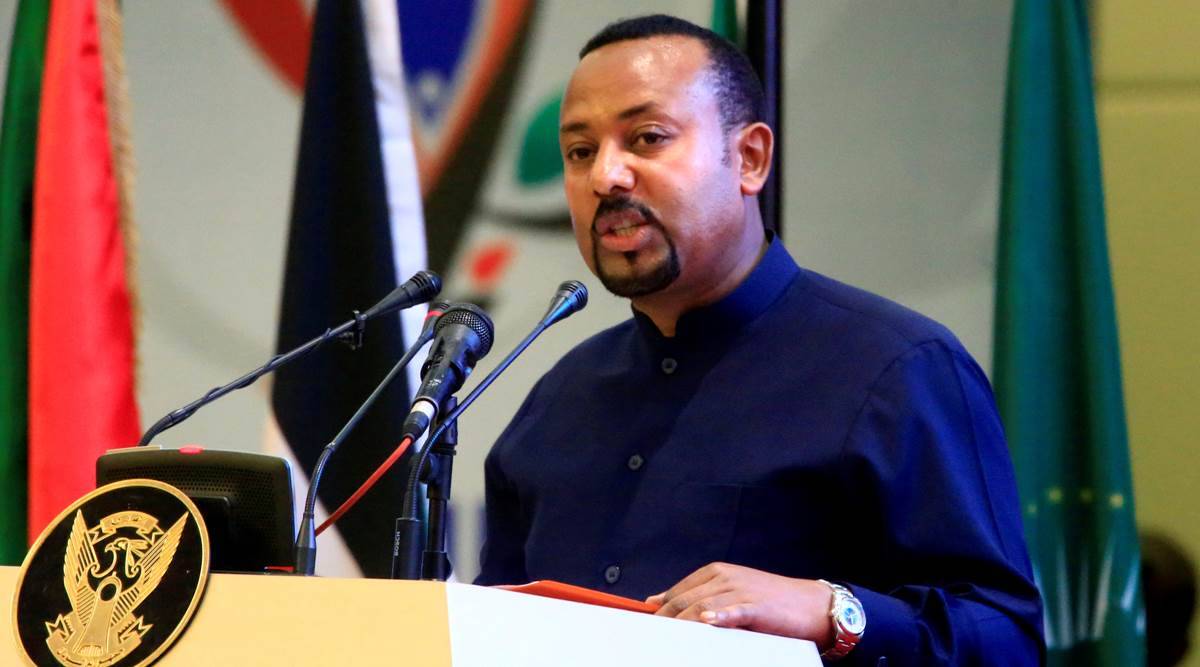 Prime Minister Abiy Ahmed’s government has been locked in a year-long war with fighters from the northern Tigray region who have pushed south in recent months and have not ruled out a possible march on the capital, Addis Ababa.

Foreign Ministry spokesman Dina Mufti told reporters on Thursday that one of the conditions for possible talks – which he stressed have not been agreed to – would be for the TPLF to withdraw from the Amhara and Afar regions bordering Tigray.

“In order for there to be a peaceful solution, they say it takes two to tango,” Dina said.

“There are conditions: First, stop your attacks. Secondly, leave the areas you have entered [Amhara and Afar]. Third, recognise the legitimacy of this government,” he said.

“By the way, don’t misunderstand, it’s not being said a decision has been made to enter into negotiations,” he added.

TPLF spokesman Getachew Reda has previously said that pulling out from Amhara and Afar before talks begin is “an absolute non-starter”. The Tigrayan forces said last week they had seized Kemise, 325km (200 miles) from Addis Ababa, but the government has accused their rivals of exaggerating their territorial gains and insists that the conflict “is not coming to the capital”.

The TPLF is demanding the end of what the United Nations describes as a de facto humanitarian blockade on Tigray, where hundreds of thousands of people are believed to be living in famine-like conditions.

No aid has gone into Tigray by road since October 18, and 364 trucks are stuck in the capital of Afar “pending authorisation from the authorities to proceed”, the UN said on Thursday in a weekly report on the humanitarian situation.

“It is estimated that 80 percent of essential medication is no longer available in Tigray while most health facilities are not functional due to damage and lack of supplies,” it said.

Tigray’s biggest hospital, Ayder Referral Hospital in the capital, Mekelle, has been forced to close its cancer treatment programme, “leaving some 500 patients without treatment”, it said.

‘They live in Ethiopia, not in space’

Last week, the government imposed a nationwide state of emergency, triggering a fresh wave of mass arrests that have further hobbled the aid response.

Some 22 UN staffers have been arrested in the raids that rights groups say target ethnic Tigrayans, and nine remained in custody as of Wednesday.

The UN has also sounded the alarm about 72 drivers contracted by the World Food Programme who have been arrested in Afar.

The government describes such arrests as part of a legitimate effort to stamp out the TPLF.

Asked about the detentions, Dina said UN workers “who reside in Ethiopia should respect the law” of the country. “They live in Ethiopia, not in space. Whether it is a UN or AU staff member, they shall be held accountable,” Dina added, though he acknowledged that “mistakes can be made” and would be investigated.

Separately, a government statement said all landlords have a week to provide information about their tenants to the police “to assist security forces in their efforts to clean those who pose a threat to public safety”.

Speaking to reporters from Al Jazeera on Wednesday, the head of the Ethiopian Human Rights Commission expressed concern about the mass arrests of ethnic Tigrayans.

“There appears to be an ethnic element to these arrests, which worries us, in a sense that largely ethnic Tigrayans have been targeted for house searches and arrests,” Daniel Bekele said, adding that the state-appointed commission had been monitoring the arrests of “hundreds” of people.

“I do understand that the state of emergency gives powers to police to arrest people on grounds of reasonable suspicion but we are concerned about the risk of the state emergency and its directives being applied in a wrong way,” he added.

The government says the arrests are not ethnically motivated.

“There is no systematic arrest … because of your profile,” Redwan Hussein, state minister for foreign affairs, told Al Jazeera. “People are vigilant so citizens are watching out in their neighbourhoods and each other for possible attacks. So people might inform the police if they see something unusual,” he said. “If the police do not have adequate reasons to suspect, then the people would be released.”

Meanwhile, more than 27,500 youths have also been recruited to help in security operations in Addis Ababa, the Ethiopian Press Agency (EPA) quoted a city official as saying.