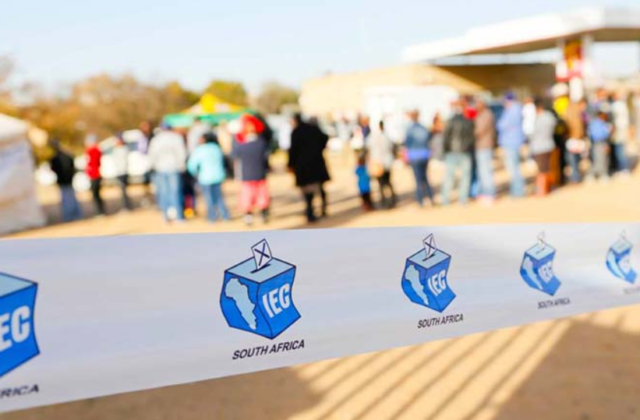 SOUTH AFRICA-Polls have opened in South Africa for local elections amid growing discontent against the ruling African National Congress (ANC) party, which has been in power since the end of white minority rule in 1994. About 26 million people registered for the vote on Monday that will test the ANC’s waning support over its failure to address stark inequality and poor services. They will be choosing local councillors in 257 municipalities.

About 10,000 troops were called up to support police in securing the vote, the first since deadly riots in July that were triggered after the jailing of former President Jacob Zuma.

Al Jazeera’s Fahmida Miller, reporting from Johannesburg, said Monday’s vote will be a precursor to the national elections, especially for the ANC. “ANC is in trouble – Monday’s vote would be an indication of how the ANC could possibly do in national elections and how the people would look at President Cyril Ramaphosa and the faith they have in him as a leader,” she said.

This is a party struggling with internal turmoil and if the voter turnout is low, the ANC stands to lose the power it already has to smaller parties.

Opinion polls suggest a majority of voters could for the first time turn against the ANC, which has governed nationally since Nelson Mandela’s election ended apartheid rule in 1994.

But for many voters, daily frustrations are at the forefront. Decades of mismanagement have corroded state utilities, causing water cuts and rolling blackouts that interrupted the ANC’s own campaigning.

“The apartheid government used to be bad, but at least it delivered services to the people,” said Samuel Mahlaule, a 55-year-old Uber driver and father of four in Soweto.

He was in a queue of fewer than 20 people at a polling station near President Ramaphosa’s childhood home, and he wants change.

“I have been voting regularly since the advent of democracy in 1994,” he said. “I need change.” “Our ANC leaders haven’t really delivered. They make too many empty promises. But, we are still hopeful.”

Further away in Danville, a predominantly white middle-class suburb of Pretoria, Charmaine Barnard, 57, also yearns for change. “The reason why I’m voting is to make change in the country, better life for everyone,” she said

Ramaphosa and other top ANC leaders have relentlessly campaigned across the country, with the president himself even stumping in small towns.