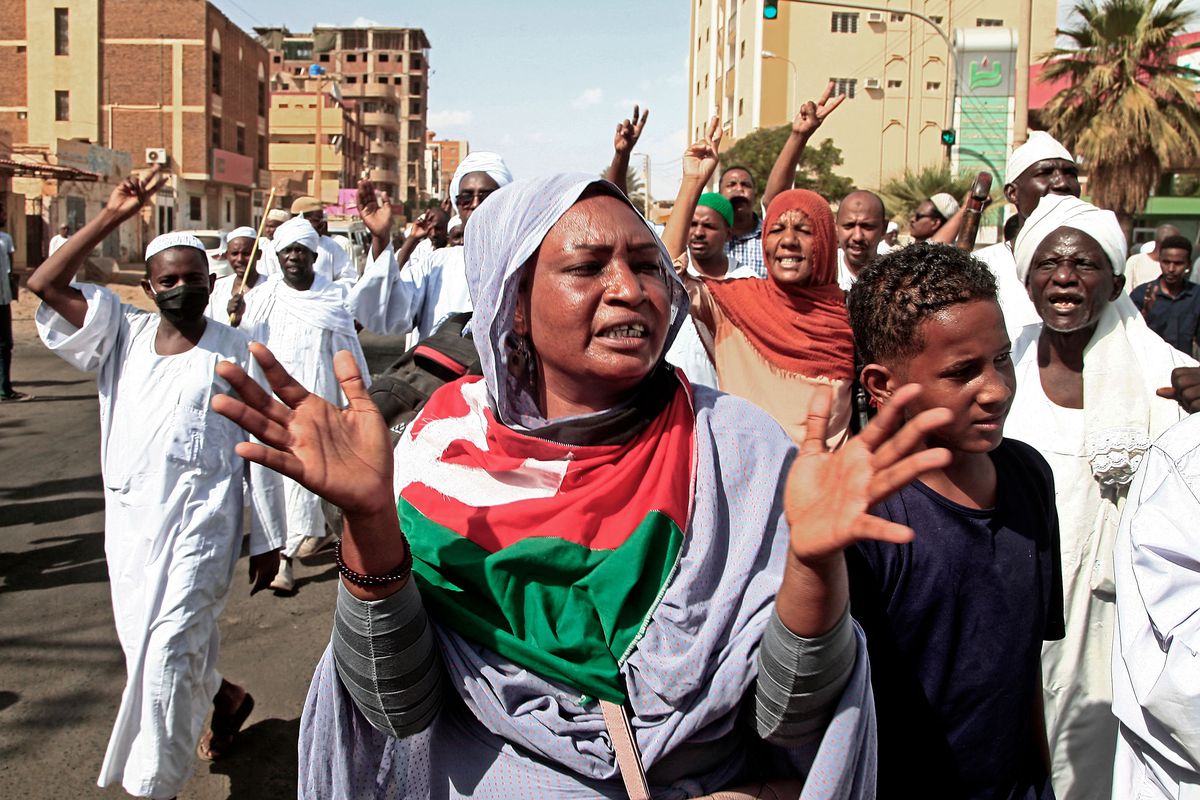 KHARTOUM– A U.N. official discussed mediation options and possible “way forward” for Sudan with its ousted prime minister on Sunday, a day after hundreds of thousands of protesters took to the streets to demand an end to military rule. The outpouring of dissent posed the biggest challenge to General Abdel Fattah al-Burhan since he toppled Prime Minister Abdalla Hamdok’s cabinet last Monday and arrested key politicians. The streets were largely calm on Sunday.

Late on Sunday, judicial sources confirmed the release of Ibrahim Ghandour, head of the disbanded former ruling party, and other former Islamist officials. “I will continue these efforts with other Sudanese stakeholders,” Volker Perthes, the U.N. Special Representative for Sudan, said in a Twitter post.

Perthes said Hamdok was “at his residence where he remains well but under house arrest”. Mediation efforts by the international community and within Sudan had been announced before Saturday’s protests, with no outcome reported.

The main compromise under discussion, say politicians who have presented it, is a proposal for Hamdok to be given full executive powers and appoint a cabinet of technocrats.

The proposal, which the sources say has been presented to all sides, would do away with the 14-member power-sharing Sovereign Council in favour of a three-person honorary council. Political parties, rebel groups, and the military, partners in the pre-coup government, would be represented in parliament, and the military would continue to lead a Security and Defense Council, they said.

Hamdok has demanded the release of detainees and a return to the pre-coup power-sharing arrangement before negotiating further, sources close to him said last week.

The Central Committee of Sudanese Doctors said three protesters were shot dead by security forces in Khartoum’s twin city of Omdurman on Saturday. Sudanese police denied shooting protesters during the demonstrations, saying on state TV that one policeman sustained a gunshot wound.

With Saturday’s deaths, at least 15 protesters have been killed in clashes with security forces this week, a health ministry official said. Some 245 people were injured on Saturday, the official said.

Life returned to a near standstill in the capital Khartoum on Sunday. Residents said strikes and security measures were causing paralysis.