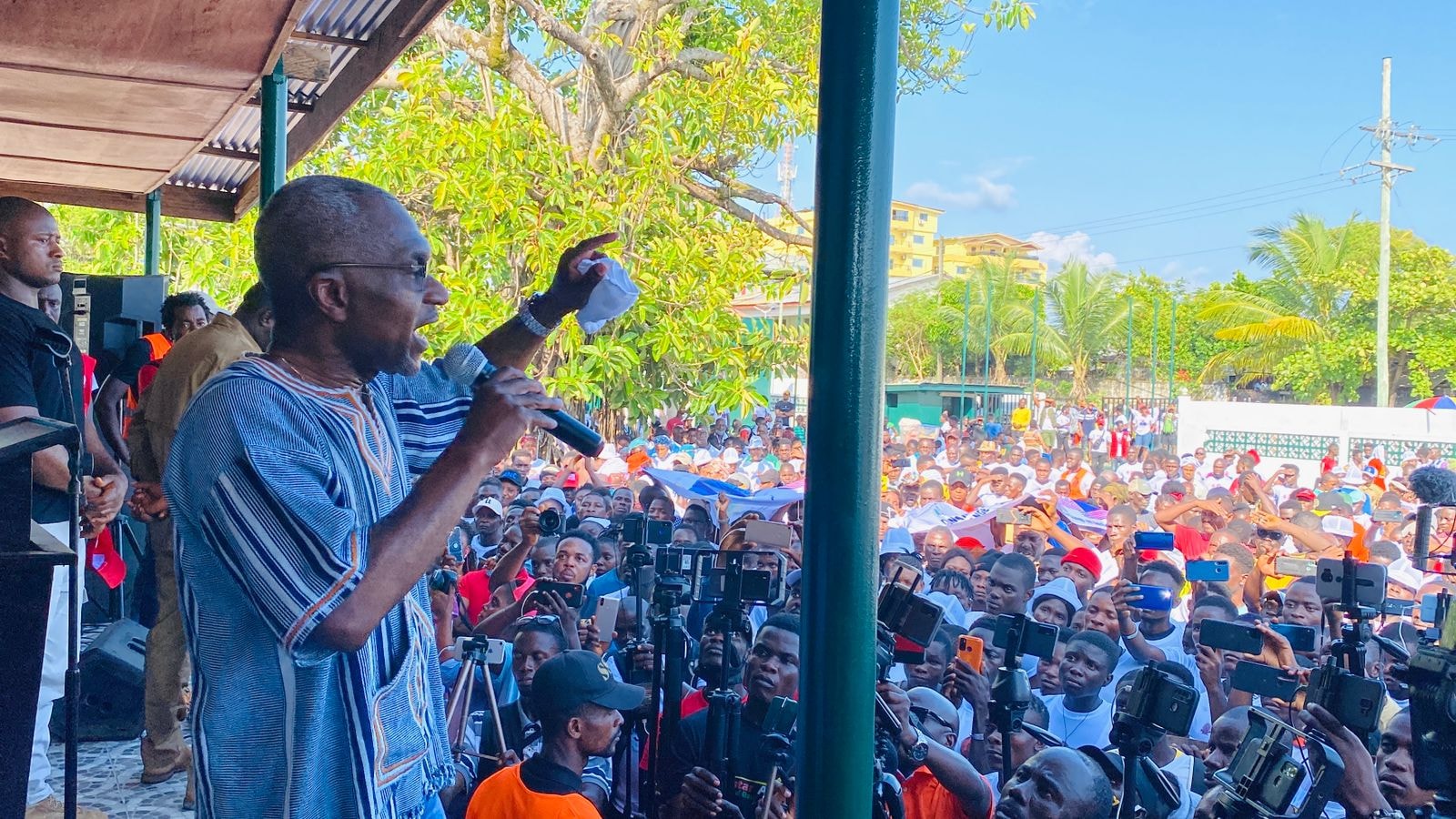 Mr. Cummings, who is contending to win the nomination to head the ticket of the opposition Collaborating Political Parties (CPP) in the 2023 Presidential elections, spoke when he returned from the United States of America Wednesday, to a rousing reception at the headquarters of the Liberty Party.

Wednesday’s welcome ceremony was marred by controversy in the hours leading to the program.

Senator Nyonblee Karnga-Lawrence, political leader of the Liberty Party (LP) took the party’s chair Musa Bility to task for allowing the ANC leader to be welcomed at the LP’s headquarters. Senator Karnga-Lawrence declared in a statement that “she had absolutely no knowledge” that the ANC was going to use the LP headquarter.

Senator Lawrence also claimed that she had received complaints from various layers of the party, including majority members of the National Executive Committee, Women and Youth congresses, County Chairpersons and District Coordinators, over the action of Mr. Musa Bility to host a welcome program of the ANC Political Leader under the guise of an invitation from the party’s National Executive Committee.”

Senator Lawrence described the action as “a flagrant violation of the LP constitution and did not meet the approval of the leadership and grass-root representation of the party”.

In response, the LP Executive Committee said it took exception to the repeated actions by the Political Leader to undermine the decisions taken by the NEC in line with Constitutional requirements and to put out statements that serve to cast a negative light on the NEC and the LP.

Responding to the news of complaints from Senator Lawrence, the Chairman of the Liberty Party said: “The LP NEC is the highest decision-making body outside of the LP National Convention or Special National Convention. The LP NEC is charged with the responsibility and clothed with the authority to administer the day-to-day affairs of the LP. This is a fact that the Political Leader refuses to respect.

Over the past several months the Political Leader has exhibited this behavior, in so many of her actions, with wanton disregard to its ramifications against the Party. The LP NEC has officially written the Political Leader, with copies to all the LP structures, warning her to desist from continuing on this path, a warning she has chosen to disregard.”

Mr. Cummings averred that the Weah administration is being plagued with systemic corruption, for which he said will not be allowed to go with impunity.

We are not going to let the Weah-led government get away with the sufferings faced by citizens and this change we all see the yearning for is a must. We will make sure that the system which has kept us down for the past 174 years is changed.

Mr. Cummings said the sufferings endured by Liberians are enormous and the only way to put an end to such menace is by changing the system.

The ANC leader emphasized that it is important for members of the opposition collaboration to stick together and resolve lingering differences.

While he expressed hope of becoming Liberia’s next President, Mr. Cummings noted that he is optimistic about ensuring that resources in the country benefit the citizens, rather than a selected few, if given the chance in 2023. “As your leader, we are committed to bringing a leadership that will put an end to stealing money that is supposed to benefit everyone,”, he maintained.

At the same time, Mr. Cummings told members of the CPP at the program, that instead of being focused on internal wrangling within the collaboration, it was essential to focus on improving the status of Liberians.