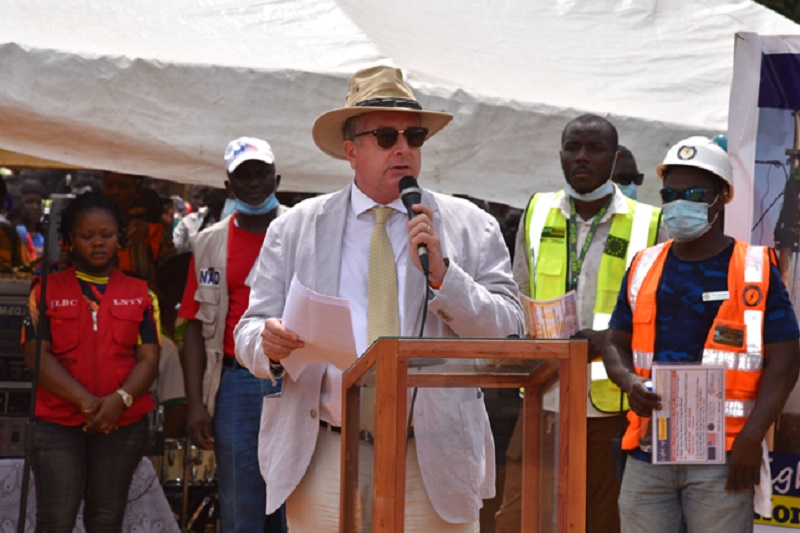 MONROVIA, LIBERIA-The head of delegation of the European Union Mission in Liberia, Amb. Laurent Delahousse, has made a resounding call on the Government of Liberia to draw up a master plan for the electricity sector.

The energy sector is viewed as one of the areas with huge potential that could boost Liberia’s economy in its post-war recovery and reconstruction drive if managed properly. It has received massive support in hundreds of millions of dollars from Liberia’s partners including the EU and the United States.

Addressing the Ministry of Information regular press briefing and as reported by Front Page Africa, Amb. Delahousse said addressing the electricity challenge in Liberia requires a joint exercise involving the Government of Liberia, the Liberia Electricity Corporation (LEC), the people of Liberia, and the international donor community.

The Government, he said should craft a master plan to clearly spell out its strategies for the energy sector.

We are calling Liberia to define, under the leadership of His Excellency President George Manneh Weah and the Honorable Minister of Mines and Energy, a master plan for the development of its power sector

The strategies, he said, should include new generation capacities to meet the expected increase in power consumption; ambitious use of Liberia’s assets for renewable energy such as hydro and solar power; sustainable participation to the regional network offered by the CSLG line, strengthening of the client base through the connection of more Liberian businesses, delivery of power to many more Liberian households and families, and bringing the tariff of electricity, which is exceptionally high in Liberia, to levels more affordable for ordinary Liberian families.

“The international partners and friends of Liberia call on the Government of Liberia for clarity on its strategy for the electricity sector, for vision on powering Liberia to empower Liberians,” he said.

Speaking further, he said with the existing infrastructures, the focus is not on the increase of generation capacity; rather the priority for the short term is, first, on developing and making full use of the transmission networks, both nationally and throughout the region with the CLSG power line that connects Côte d’Ivoire, Liberia, Sierra Leone and Guinea.