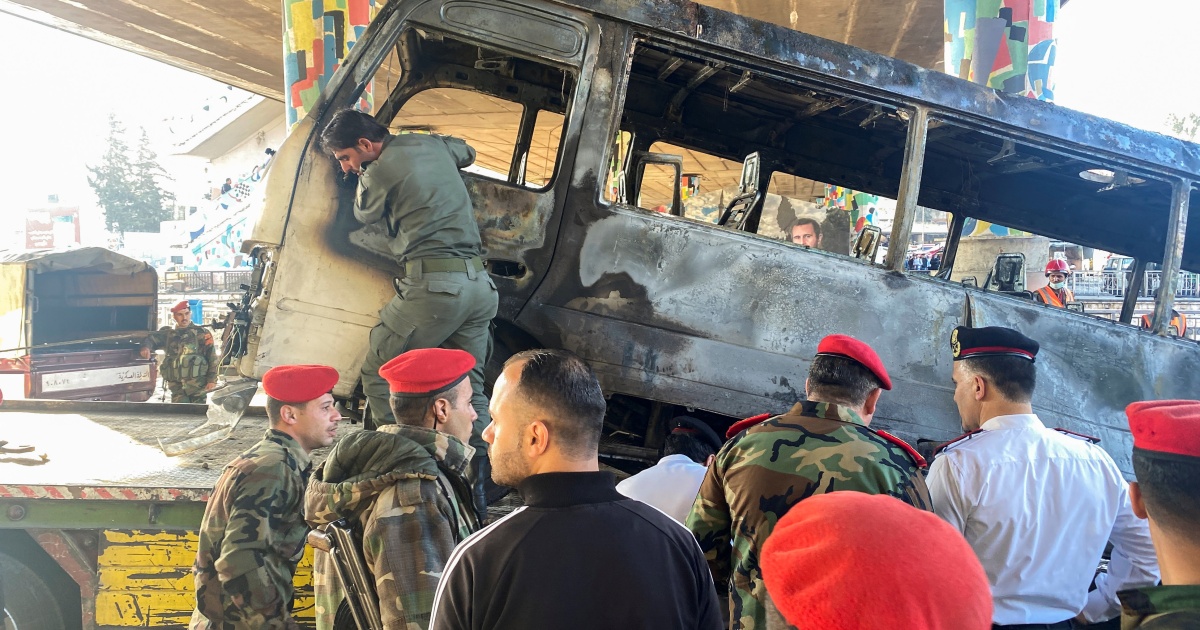 Damascus-A bomb attack on a bus carrying troops in the Syrian’s capital has killed at least 14 military personnel and wounded three others, state TV and a military official said.

The attack early on Wednesday (October 20) was the deadliest in Damascus in years, and a rare event since government forces captured suburbs formerly held by opposition fighters in Syria’s 10-year-long conflict.

Syrian state TV showed footage of the charred bus in central Damascus, saying the attack occurred during rush hour when people were heading to work and school.

Two explosive devices went off as the bus was near the Hafez al-Assad bridge, it said, adding a third device was defused by an army engineering unit in what officials said was a “terrorist” blast.

A military source quoted by the state news agency SANA said the bombs had been planted on the bus itself.

There was no immediate claim of responsibility for the attack.

“It is a cowardly act,” Damascus police commander Major General Hussein Jumaa told state TV, adding that a police force had cordoned off the area immediately and made sure there were no more bombs. He urged people to inform authorities about any suspicious object they see.