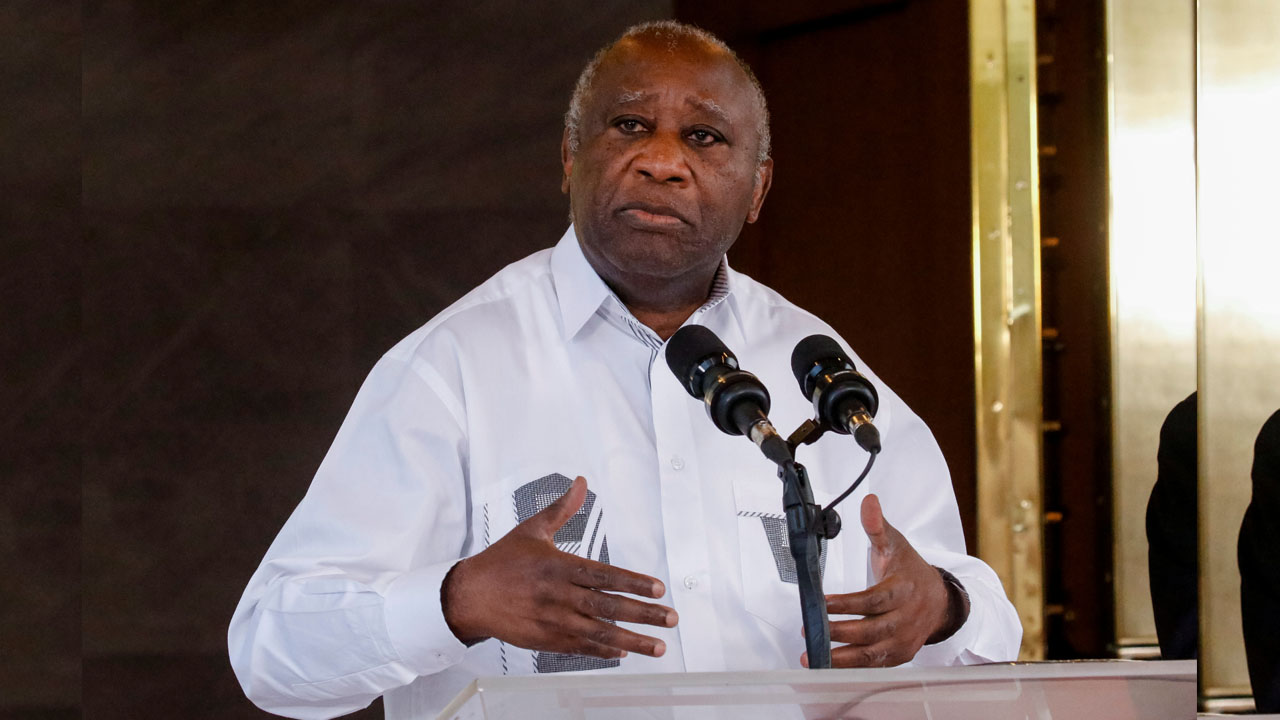 Abidjan, Côte d’Ivoire– Former Ivory Coast President Laurent Gbagbo vowed on Sunday to continue in politics “until my death” as he launched a new party following his acquittal by the International Criminal Court and return from a decade abroad.

Gbagbo, president from 2000-2011, returned to Ivory Coast in June after being acquitted in 2019 by the Netherlands-based court on war crimes charges for his role in a civil war sparked by his refusal to concede defeat in an election.

The creation of the new party, called the African People’s Party – Cote d’Ivoire” (PPA-CI), has fuelled speculation he intends to run in the 2025 presidential election. He declined to provide a definitive answer to that question on Sunday.

Gbagbo lost control of the party he founded, the Ivorian Popular Front, to a former ally while in prison for more than seven years in the Netherlands, but he retains a large and loyal base of supporters.

The PPA-CI held its first congress before thousands of supporters who packed into a hotel ballroom at the weekend in the commercial capital Abidjan.

“I am going to practise politics until my death,” Gbagbo, 76, said to loud cheers during an hour-long speech that combined defiance, humour and nostalgia. “There are people older than I am who practise politics.”

I am going to practise politics until my death

At the same time, he suggested it was time for “the elders” to retire from active electoral politics, a reference to himself as well as to the current president, Alassane Ouattara, who defeated him in 2010, and former President Henri Konan Bedie.

Ouattara has also called for power to be handed off to a new generation after three decades of national politics dominated by the three men. Ouattara is 79 and Bedie is 87.

Ouattara ran for and won a third term last year after the candidate he had designated to succeed him suddenly died.

Ivory Coast, the world’s top cocoa producer, has West Africa’s third-largest economy and has seen some of the world’s fastest economic growth over the past decade.

The International Criminal Court found there was insufficient evidence that Gbagbo was personally responsible for killings and other crimes committed by pro-government forces during the 2010-2011 civil war, in which more than 3,000 people died.

Gbagbo still faces a potential 20-year prison sentence that was handed down in Ivory Coast in November 2019 on charges of misappropriating funds from the regional central bank during the war. The government has not said whether it plans to enforce the verdict, or whether Gbagbo will be pardoned.