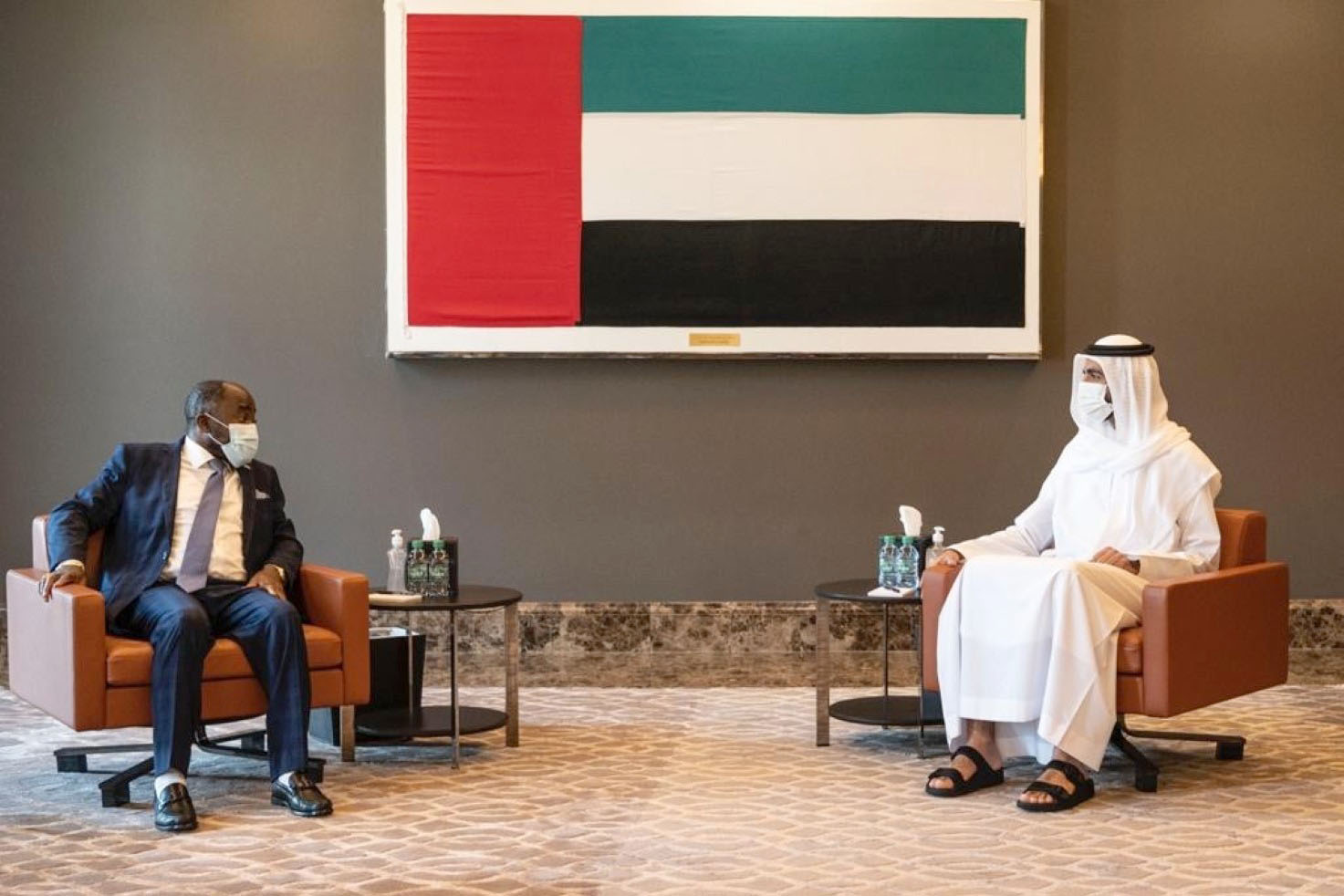 Monrovia, Liberia-On his recent tour of friendly nations, H.E. Dee-Maxwell Saah Kemayah, Minister of Foreign Affairs of Liberia accompanied by delegation made a stop over in the United Arab Emirates to strengthen relations and secure Liberia’s interests. Minister Kemayah was received by Sheikh Shakhbout bin Nahyan Al Nahyan, Minister of State at the headquarters of the Ministry of Foreign Affairs and International Cooperation in Abu Dhabi.

During the meeting, Sheikh Shakhbout commended the growing bilateral relations between the UAE and Liberia, stressing that there are many opportunities to reinforce them further in all areas.

He also conveyed the greetings of H.H. Sheikh Abdullah bin Zayed Al Nahyan, Minister of Foreign Affairs and International Cooperation, to Saah Kemayah and his best wishes to Liberia’s government and people.

The Minister of Foreign Affairs of Liberia, Saah Kemayah lauded the strong relations between the two countries and thanked the UAE for supporting the Liberian government and people, especially in humanitarian and developmental areas.

The two sides also discussed their cooperation and ways of strengthening it to achieve the mutual interests of their peoples.​