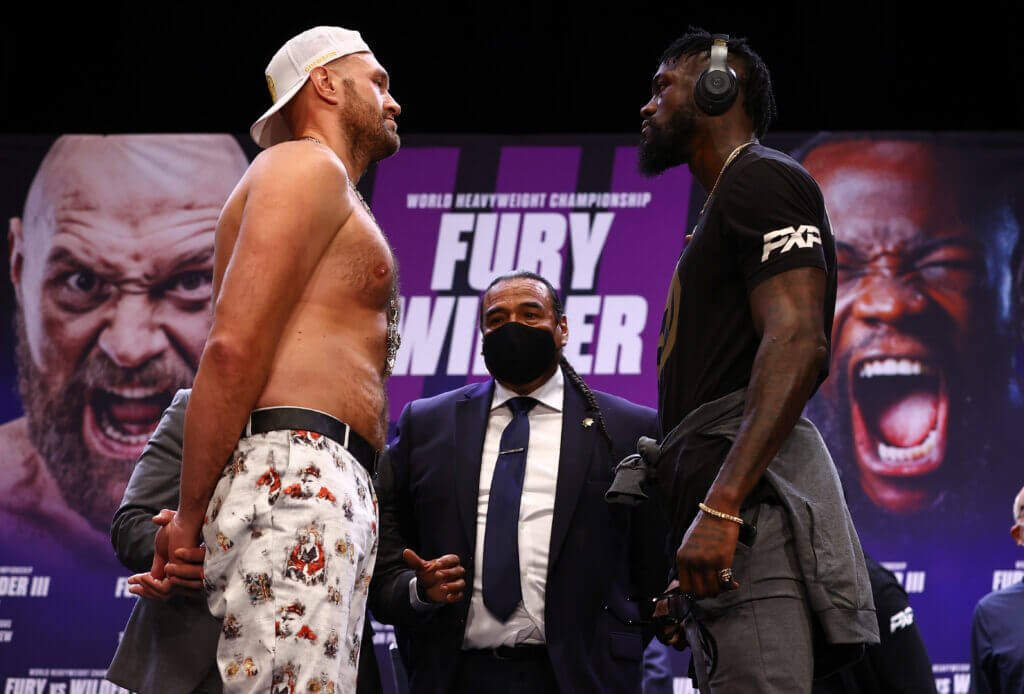 Tyson Fury has fuelled speculation about his physical condition by insisting that his weight “doesn’t matter” ahead of the world title fight against Deontay Wilder. The British star weighed in at 19st 7lbs for his rematch victory over Wilder last February, 16.5lbs heavier than for their first fight, which ended in a draw in December 2018. But Fury has played down the significance of Friday night’s weigh-in ahead of his third WBC heavyweight title fight against Wilder in Las Vegas this weekend.

“It doesn’t matter – weight, size, anything like that to beat anybody,” Tyson told reporters. “You can weigh 14 stone and knock a man spark out, a 25 stone man. It doesn’t really matter, the weight. “I’m not aiming for a specific weight.
“I’m just eating plenty of food. I’ve trained hard enough and that’s it. “Whatever I weigh in on the night, I weigh in at.”

Wilder had tipped the scales at a career-high 16st 7lbs for their second fight, 17.5lbs heavier than in their first bout.
But Oleksandr Usyk, a former cruiserweight champion, recently overcame his disadvantages in size and weight to defeat unified champion Anthony Joshua on points.