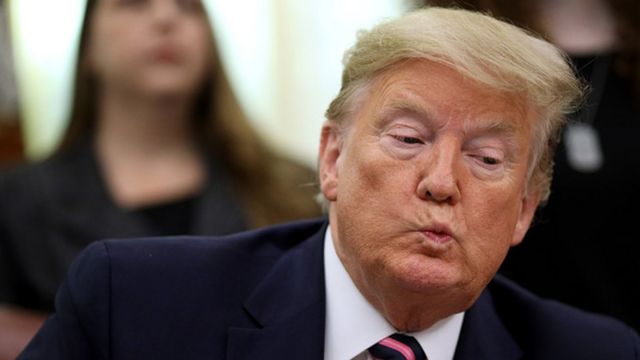 Forbes, a highly respected and widely read magazine has published for the first time in 25 years that the former President of the United States of America Donald John Trump is worth an estimated “$2.5 billion”, a meager amount among what was to be his peers; “leaving him $400 million short of the cutoff” to make 2021 Forbes 400, the most prestigious list of richest business innovative and renowned individuals on the planet.

According to Dan Alexander, Senior editor at Forbes, covering Donald Trump’s business; the former US President and real estate mogul is just as wealthy as he was a year ago when he stood at No. 339 on the ranking but his businesses have lost $600 million since the start of the pandemic.

Dan writes, “technology stocks, cryptocurrencies and other assets have thrived in the pandemic era but big-city properties” which accounts for the majority of the former president’s fortune have weakened becoming the knockoff blow that has dropped the former president out of “the nation’s most exclusive club”.

The former president dropout from Forbes 400 list of America’s richest people in 25 years is one that he must look into the mirror about. The senior editor writes, the former president, “five years ago, had a golden opportunity to diversify his fortune after the 2016 election” when the U.S. Office of Government Ethics urged him to “divest his real estate assets.”

But as difficult as the former president had been when it comes to succinct advice, he thought that this too had a conspiracy to obstruct his presidency and leave him out of the power of his business empire instead of seeing it for what it truly was, “a golden opportunity” to protect his wealth and future business reputation.

The Senior editor writes, the pushing from the federal ethics officials “would have allowed him to reinvest the proceeds into broad-based index funds and assume office free of conflicts of interest.”

According to Forbes, the minimum net worth needed to gain—or hold onto—a spot on the list this year jumped to $2.9 billion. For the prior three years, the cutoff had been $2.1 billion. Fifty-one billionaires dropped off the ranking, including Donald Trump and Oprah Winfrey—both were overtaken by other billionaires.