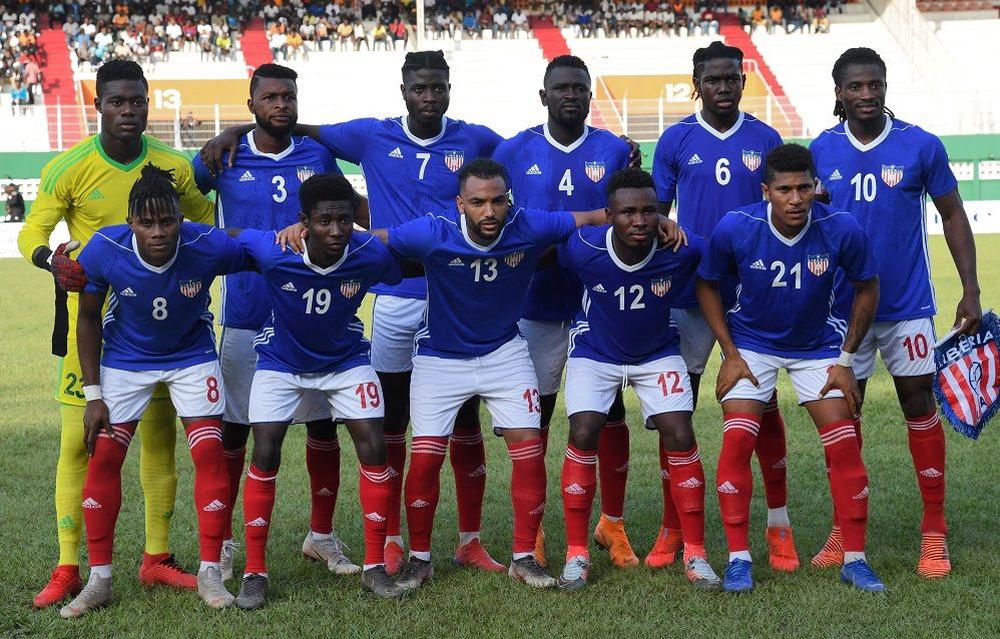 Head coach Peter Butler has named a strong squad for this month’s World Cup qualification fixtures against the Blue Sharks.

Monrovia-Liberia has named its final squad that will tackle October’s double-header 2022 Fifa World Cup qualification matches, with Slavia Prague midfielder Oscar Dorley and Aarau’s Allen Njie making the cut. According to reports coming out of the camp, the 23 men are ready to meet the challenges ahead and put the pride of Liberia and its football-loving 5 million population back on the world stage especially having lost to Nigeria. Restoring confidence back in the squad, Liberia picked up a decent away win when they outplayed the Central African Republic, moving the Lone Star up second place in Group C with three points.

According to football analysts, in order for Liberia to get a realistic chance at qualifying for the play-off, they must outperform and outplay the Blue Sharks both in the midfield, forward and win, which would send a clear message to her group members. Others believe that the Lone Star’s inability to control the game, outpace their opponent’s defense, score more goals, and adequately keep at bay their opponent’s strikers could hurt the team’s chances at reaching the playoff.

Information circulating in the international media indicates that Captain Njie has returned to the squad after missing the encounter against CAR due to suspension, while Tony FC’s Frederick Dennis, AS Mioveni’s Moussa Sanoh and 17-year-old Patrick Weah – who represents Sacramento United in the United States of America, could be handed their Liberia debuts versus Bubista’s side. Whereas, Rukh Brest midfielder David Tweh, Olympiakos Nicosia striker Peter Wilson, Hatayaspor’s Mohammed Kamara and Bea Mountain star Daniel Paye will play no part in these fixtures due to contrasting reasons.

The first leg will be held at Accra Sports Stadium on Thursday, while Butler’s men travel to Mindelo’s Estadio Municipal Aderito Sena for the second fixture. As part of preparations for the Blues Sharks, the Lone Star suffered a 2-0 loss to Egypt in an international friendly on Thursday. A brace from Al Ahly striker Mohammed Sherif handed the Pharaohs victory over the Lone Star at the Borg El Arab Stadium.