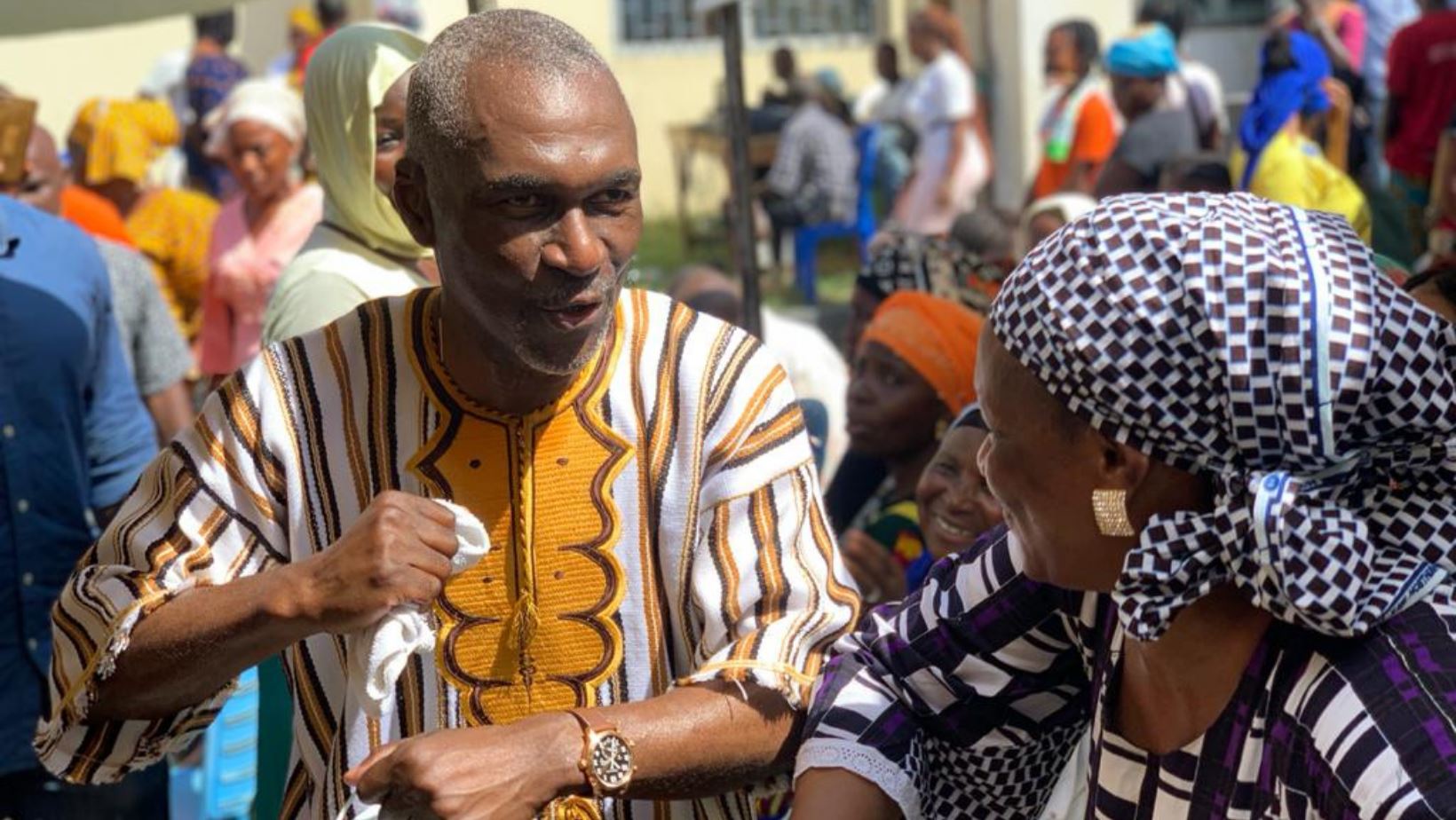 Monrovia–The Alternative National Congress (ANC), a grassroots opposition political party in Liberia, on Wednesday, September 29, 2021, elected international businessman, philanthropist, and renowned politician Mr. Alexander Cummings (ABC) as its standard-bearer. As the standard-bearer of the ANC which is also a constituent member within the Collaborating Political Parties (CPP), Mr.Cummings (56 years) will now face the aged former Vice President Ambassador Joseph Nyumah Boakai (77 years) of the Unity Party (UP) in the pending primary.

The primary will enable the opposition parties in Liberia choose a person with discipline, self-assured boldness in policy pronouncements, comfortable and sure-footed in his capabilities as a candidate to face off in 2023 with President George Weah, who Liberians approved on performance in 2018 but were deeply critical of his government’s economic policies. Now after three years of increased human rights abuses, corruption, crime, unemployment, and the direct impact of the pandemic, Liberians are deeply conflicted and their trust in the President’s performance and ability both at home and abroad to drive meaningful policies on fiscal sustainability, pensions reform, state reform, boosting local productivity, credit markets, infrastructure, education, labor markets, crime and violence prevention, health, water resource management, tax system and intergovernmental fiscal issues for the Liberian society has taken a serious setback, one that the President and his policymakers are fully aware of but have responded inadequately.

As a result of these factors, Liberians are now hopefully seeking new alternatives that would lead them into a post-pandemic future where stability, employment, justice, gender equity, development, and real reforms can be provided.

In Liberia’s political news cycle filled with pointing fingers, scandals, hidden plots, political hack jobs, walk-outs, and calls to break up the opposition, at least one part of the Collaborating Political Parties (CPP)  appeared genuine. The signs, symbols, and placards that saturated wardrobes’, headquarter photographs, the ANC faithfuls, and trashcans are real and nontrivial examples of unity, conviction, and genuine belief in the power of democracy in Liberian politics, and their candidate.

ABC also said that he will work best as he can to change the living conditions of all Liberians. He challenged the pride, vision, and independence of the Liberian people in shaping a new future for themselves, their children, and grandchildren. He took the time, after the call for a moment of silence for those that have died as a result of the pandemic and killings, to express his deep frustration about the sufferings brought on by the pandemic, corruption, and threats to the personal safety of Liberian women and girls as a result of the heightened ritualistic killings and rape cases in recent times in the Liberian society.

The standard-bearer also went on to say, “Because I believe in real change because I believe our country needs to seriously change; because I know that ANC is ready to lead that change, today, I am proud and very thankful, to accept the democratic expression of the partisans of the Alternative National Congress, assembled in this Extraordinary National Convention, to allow me proudly bear the ANC’s Standard against others in the CPP, and ultimately, against the failed, corrupt and incompetent leadership of President Weah in 2023.”

We will work, and I am confident – we will win.

According to ANC executives, the convention was in compliance with ANC’s Constitution, to elect its Standard Bearer. The Extraordinary Convention fully secure with COVID-19 prevention protocols has ensured Cumming’s vision and legitimacy as ANC man to contest in the upcoming CPP convention, which will allow the winner take on the most important responsibility in Liberian society; Leader of the First Free and Independent African Republic.

The Extraordinary Convention was held at the ANC National Headquarters on the Old Road in Monrovia. According to one crucial, high-ranking supporter of Cummings, the theme for the Convention: “Real Change Vs Second Chance” be a part of a Democratic Process was birthed out of the many observations and tested experiences Cummings gained while touring the nation, speaking with ordinary Liberians, who for the most part have been forgotten by the new ruling class, Coalition for Democratic Change (CDC).

Cummings, a believer in pragmatism and real-world ordinary people interactions stated that there is much work and preparation ahead. He also, based on his principles and values, promised honesty and results-oriented focus to do the work needed and erase all fears and doubts.

Over the past few months and weeks, the CPP, Liberia’s biggest political bloc has been engulfed in a 7.5 magnitude internal wrangling which has distributed doubt among partisans and sympathizers leading up to the Collaboration’s primary. Information emerging from Monrovia states that the recent firebrand intervention by Montserrado County District #10 Yekeh Kolubah, has provoked reasoning, and calm is beginning to return.

The opposition is made up of three main and credible opposition political parties and a “coattail party” headed by former Charles Taylor loyalist and illicit weapons buyer Mr. Benoni Wilfred Urey. The parties include Liberty Party (LP), the Alternative National Congress (ANC), Unity Party (UP), and the “coattail party”All Liberian Party (ALP).