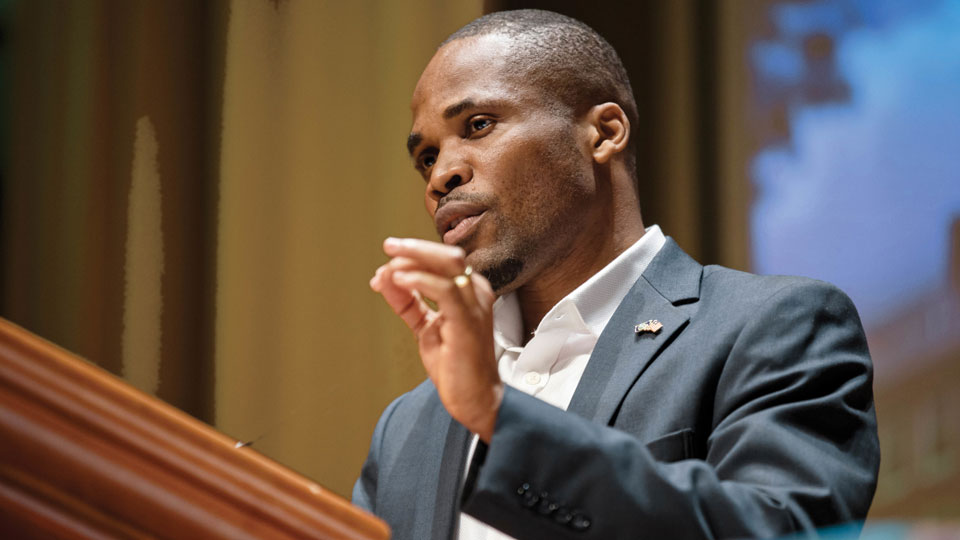 Aristotle is credited with the observation that human beings are by nature social and political animals. He observed an innate desire to form partnerships with others. Our cave-dwelling forebears must have found strength in numbers and evolved to prize a certain level of partnership. The rise of communities, cities and other polities are thus linked to this desire. Any such partnership, however, requires a level of trust to function – trust in other people’s responses. Without trust, transaction costs rise prohibitively since the individual is responsible for hedging against the uncertainty of each interaction.

Every partnership – including the global, multilateral system – survives on trust. Our current multilateral system was built on the ruins of a low-trust global system. It was designed to avoid uncertainty in international relations, thereby reducing transaction costs and obviating the need for states to take contingent actions. In diplomacy, in trade and commerce, the system sought to infuse predictability through rules and dispute resolution mechanisms (see my article “What does the ‘international rules-based order’ mean for Africa?”).

Our appreciation for the system, however, has diminished as the years put distance between us and the reasons behind the new system we built. In the last two decades, the world’s most powerful countries have consistently undermined the trust that glues the system together.

In March 2003, with British assistance, the US launched and prosecuted an illegal war in Iraq that led to over 200,000 civilian deaths. Unable to gain the UN’s imprimatur for an illegal war and in the face of opposition from a plurality of UN member states, the US sought legitimacy by creating its own “coalition of the willing”. The message was unmistakable: multilateralism was only useful insofar as its results aligned with American interests.

The message was unmistakable: multilateralism was only useful insofar as its results aligned with American interests.

Since March 2015, a Saudi-led coalition, armed with munitions from the US, the UK and other powerful states, has prosecuted a war in Yemen that has precipitated one of the largest man-made humanitarian crisises of this decade. According to the Council on Foreign Relations, 24m people need assistance, over 4m are internally displaced and over 100,000 have been killed since 2015. This has continued in the face of opposition from all over the world.

These are but two of many events that have inexorably undermined belief in a “system”, reduced trust in the words and actions of its members and created increasing cynicism among its members. Despite these clear examples to the contrary, many developing nations still held on to notions of a “global community” and shared commonweal.

The triumph of medical nationalism

There was a hope that in the event of a cataclysmic global event, the world would rally together as a unit to face the threat. Then came the pandemic – removing the veneer of collective interests as medical nationalism overcame any aspirations of a global response. While denying the global vaccine acquisition mechanism, COVAX, the resources it required to succeed, the richest countries in the world further denied it access to vaccines through bilateral deals with pharmaceutical companies.

The same nations who have spent trillions of dollars in shoring up their economies and responding to the pandemic have ignored a proposal by IMF staff to vaccinate “at least 40% of the population in all countries by the end of 2021 and at least 60% by the first half of 2022” that would cost $50bn. Instead, and in the face of a total demand for over 10 billion doses, Western nations, led by the US, throw a tantrum when developing nations do not prostrate ourselves in gratitude for the relatively meager amount of vaccine donations they have received.

The US, throw a tantrum when developing nations do not prostrate ourselves in gratitude for the relatively meager amount of vaccine donations they have received

The US response to the pandemic during the Trump administration was to initiate withdrawal from the WHO. With still no US leadership or a truly global plan, that response will appear to the unvaccinated masses in the developing world as more of a difference in degree and not in kind from the US. There is still no effective global response to the pandemic and the country that has proclaimed it would become the “vaccine arsenal to the world” has so far spent less than 1% of the money allocated by Congress for ramping up production.

This is the environment in which the world will gather at COP26 in November to tackle another global cataclysm. The sixth report of the Intergovernmental Panel on Climate Change recently provided its starkest warnings about climate change so far, and in the fires from Turkey to California, the heat dome in the Pacific northwest, the floods across Europe and Sudan, we see the proofs.

About culpability for this crisis, the facts are clear and immutable: the people least responsible for it are exposed to its worst effects without the means to adapt. And if the Western campaign to ban funding for projects based on fossil fuels in developing countries while continuing to use them itself is any indication, there is no reason to believe the Western approach to the climate question will depart from the Covid response.

So complete is the destruction of trust that it is now incumbent on negotiators from the Global South, especially those from Africa, to proceed from the assumption that their counterparts from the Global North are negotiating in bad faith.

The responsibility for restoring trust in a multilateral approach now lies with the architects of the erosion of said trust. President Biden’s decaration that “America is back” was a promising start that remains unfulfilled. As for African, Caribbean and Pacific nations, they need to approach climate negotiations with the seriousness an existential threat warrants.

The negotiations cannot be confined to a discrete event over a number of days. Outcomes ought to be tied to collaboration on every and anything – the negotiations must not end without a result. To treat the threat of climate change as a siloed event is to underappreciate the danger it poses to life and livelihoods as we know them.

African and Caribbean leaders are already conferring to back a set of proposals – they must now build consensus among other states. By proceeding from the assumption that their counterparts are there in bad faith, coalescing behind a set of positions and tying a binding outcome on every and any piece of multilateral cooperation, they may be able to spare our children and their children less damage than we have been dealt during this pandemic.

W. Gyude Moore is a Senior Policy Fellow at the Center for Global Development (CGD). He previously served as Liberia’s Minister of Public Works with oversight over the construction and maintenance of public infrastructure from December 2014 to January 2018.