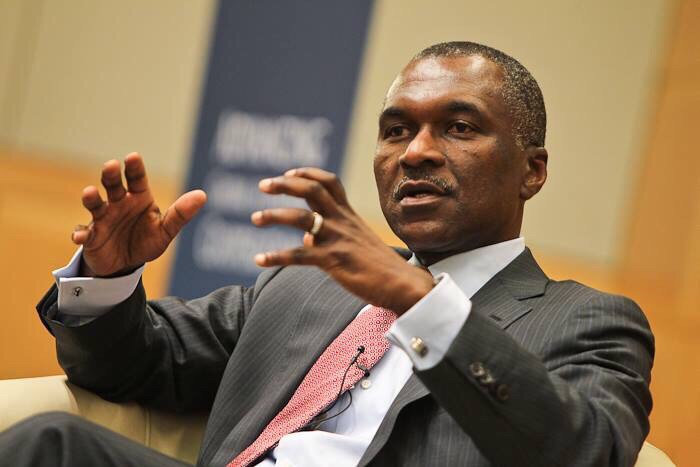 Monrovia-Liberia, The Leader of the Alternative National Congress (ANC), Alexander Benedict Cummings Jr, known in Liberia higher and lower political circles as “ABC” on Monday, September 28, 2021, posted on his social media informing all his supporters that on Wednesday, September 29, 2021, delegates from all 15 (fifteen) counties will convene in Monrovia to elect the Standard Bearer of the Alternative National Congress (ANC). The Extraordinary Convention was unanimously agreed upon by the National Executive Committee of the ANC at a September 10, 2021 meeting.

ABC stated that the convention is organized for the sole purpose of electing the party’s Standard Bearer as part of the process leading to ANC participation in the Collaborating Political Parties (CPP) candidate selection process.

Speaking to the Liberian people and unwavering supporters, via social media, he emphasized his beliefs and principles, “I have stressed over and again, the foundation of a fully functional democracy is one that accommodates the views of all on the table, widens the participatory effort to bring as many under the tent of decision making, as well as total respect for the rule of law” he said. Campaign strategists and political analysts in the sub-region and within Liberia have said that ABC position on creating a “big tent of all Liberia’s people” is critical to the nation’s renewal and reconciling Liberia past, present, and future; comparing this position to similar seen in Kwame Nkrumah’s “To carry the masses with us”, Nelson Rolihlahla Mandela’s,” Rainbow Nation“, and the late William Richard Tolbert’s “No to evil tradition” policies.

ABC supporters both in Liberia, the Liberian diaspora, and within the international community believe that his approach can lead to the insurance of broader participation of ALL in rural and urban Liberia.

Alexander Cummings ended his statement by wished ANC partisans well, “As our partisans have begun arriving from far and near, we wish them all God’s traveling mercies”.

I have stressed over and again, the foundation of a fully functional democracy is one that accommodates the views of all on the table, widens the participatory effort to bring as many under the tent of decision making, as well as total respect for the rule of law

He also extended a special invitation to all sympathizers of the ACN party, informing them that they can attend this important gathering at the party headquarters which is located on the VP Road, Catholic Junction, in Monrovia. ANC organizers and campaign planners have said, effective efforts are being made to ensure there are enough hand washing stations, nose masks, and rooms for delegates to interact safely in consideration of health authorities’ COVID-19 protocols.