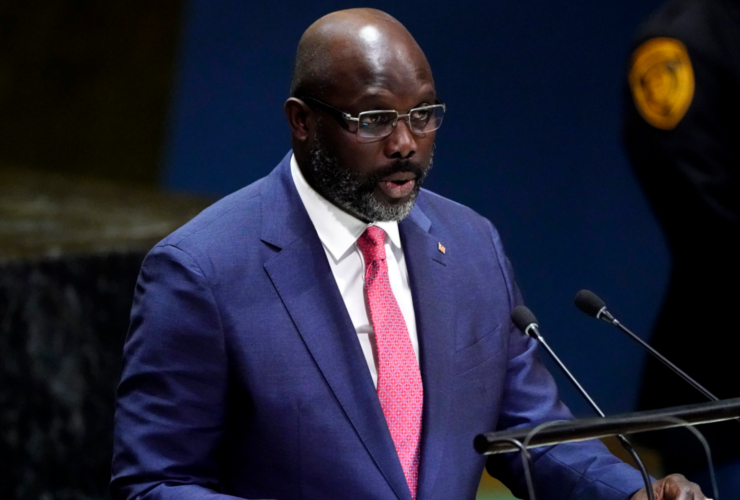 Monrovia, Liberia– President George Manneh Weah has challenged leaders of the Economic Community of West African States (ECOWAS), to take seriously the issue of adherence to constitutional term limits to avoid political and security upheavals in the sub-region.

The President of Liberia asserted that if the manipulation of constitutional terms is sternly discouraged by ECOWAS, the region could be spared the agony of military coups. “While we are condemning these military coups, we must also muster the courage to look into what is triggering these unconstitutional takeovers. Could it be that we are not honoring our political commitments to respect the term limits of our various constitutions,” the Liberian Leader queried.

While we are condemning these military coups, we must also muster the courage to look into what is triggering these unconstitutional takeovers. Could it be that we are not honoring our political commitments to respect the term limits of our various constitutions

Addressing the extraordinary summit of the Authority of Heads of State and Government held virtually on Wednesday, September 8, 2021 to discuss the situation in neighboring Guinea and Mali, the President reminded his colleagues of Liberia’s zero-tolerance for military coups, recounting how Liberia is still reeling from such unconstitutional ascendency to power.

President Weah said Liberia as a notable member of the United Nations, African Union and ECOWAS aligns its position on Guinea and Mali to the position of these multilateral bodies that support ECOWAS’ Protocol on Democracy and Good Governance. He however called for a more coordinated and all-embracing mediation strategy for Guinea saying the inclusion of all the major stakeholders is paramount so as not to repeat the missteps of Mali.

The Liberian President then offered Liberia’s willingness to be a part of the ECOWAS Mediation Team for Guinea saying Liberia is well placed to be included given the socio-cultural relations and geographic proximity that both countries share. Meanwhile, ECOWAS has unequivocally reiterated its condemnation of the coup and will immediately dispatch a high-level mediation team to Conakry to examine the political, social, and humanitarian situations. ECOWAS also called for the immediate and unconditional release of President Alpha Conde and all others detained in relation to the military takeover.

The Regional Bloc cautioned the Coup Leaders of the CNRD that they will be held individually and collectively responsible for the safety and well-being of President Conde and others who are also detained.
Guinea has now been immediately suspended from the regional body and all its subsidiaries, pending the restoration of democratic rule to that West African Nation.