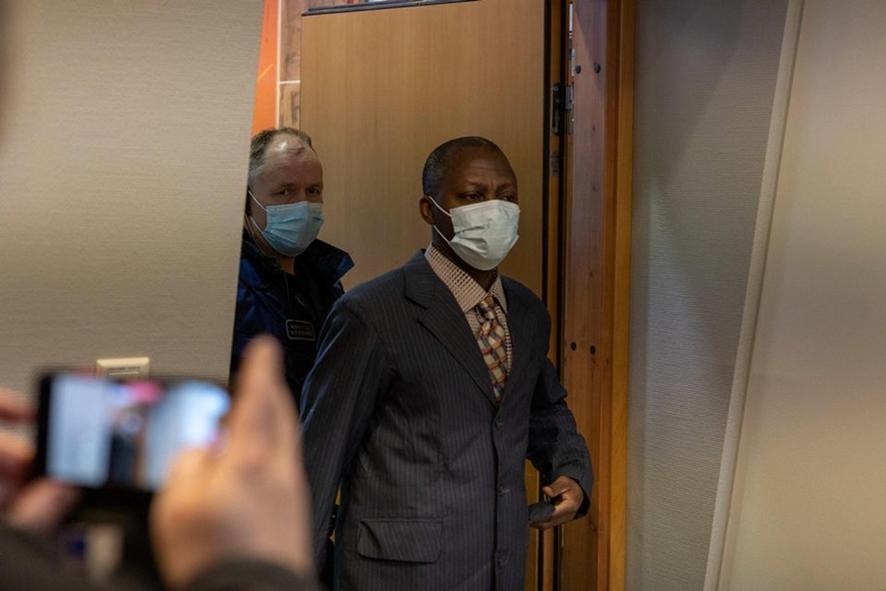 Monrovia, Liberia-The trial of Gibril Massaquoi, the former Revolutionary United Front commander accused of murder, aggravated rape, and aggravated war crimes during the 1999-2003 civil war in Liberia, returns to Monrovia this week.
The trial of the 51-year-old Sierra Leonean is being conducted by the District Court of Tampere in Finland where Massaquoi has been living since 2008 working as a cleaner and postman. In March 2020, the Finnish National Bureau of Investigation (NBI) arrested him in a Tampere parking lot after investigating his suspected links to war crimes in Liberia.

Massaquoi and members of his family were living in Finland under a special agreement with the UN-backed Special Court for Sierra Leone to which Massaquoi had testified against fellow combatants. The trial began in Finland on February 1st, 2021 but moved to Liberia and then Sierra Leone for three months to hear from witnesses and visit the scenes of the alleged crimes in Waterside, Monrovia, and Lofa County.

According to the criminal indictment, Massaquoi ordered the murder, torture, and mutilation of civilians and participated in their cannibalization. Massaquoi has denied all charges. The court, which is being held at a secret location to protect the witnesses, is returning to Liberia unexpectedly after startling allegations from defence lawyers that prosecution witnesses were coached by local justice advocates Global Justice Research Project and their Swiss partner Civitas Maxima.

The court will also try to seek clarity on the question of Massaquoi’s whereabouts during the key final moments of the war in Liberia in July 2003 when forces opposing the rule of then-President Charles Taylor attacked the government’s last hold out in Monrovia. Finnish prosecutors had believed that his suspected crimes ended by March 2003 when Massaquoi, who had agreed to testify against his former brothers-in-arms, moved to the Sierra Leone Special Court Shelter in Freetown.

While Gibril Massaquoi case has remained in the spotlight on justice for victims of war crimes in Liberia and Sierra Leone, other perpetrators of War crimes in the Liberian civil war ( around 250,000 people were killed in Liberia’s civil war, and many thousands more fled the fighting) according to the Truth and Reconciliation Commission report remain in Politics and executive administration and are enjoying the security and privileges of the Liberian State.

Some of those according to the africa report include Prince Johnson,(Senator) George Boley,( Representative) and Isaac Nyenabo who is now Liberia’s Ambassador to the European Union were former leaders of major warring factions.