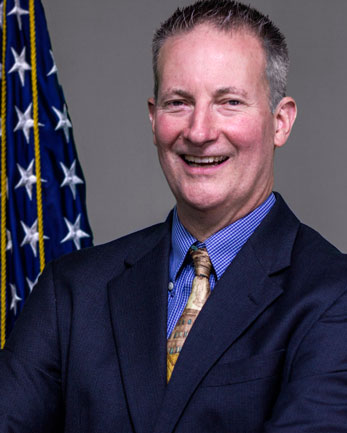 Monrovia, Liberia – The President of the Republic of Liberia, H.E. Dr. George Manneh Weah, has named the United States of America Mission near Monrovia as a member of the Bicentennial Steering Committee. President Weah said the inclusion of the US Mission is essential to the deep-traditional and historic relationship between the two allies, owing to the direct role the United States of America played in the establishment of the Liberian Republic in the 1800s and the subsequent partnership from civil war reconstruction to stable, economically vibrant-democratic state.

As history has recorded, the American Colonization Society (ACS), formed in 1817 to send free African-Americans to Africa as an alternative to emancipation in the United States. In 1822, the society established on the west coast of Africa a colony that in 1847 became the independent nation of Liberia. By 1867, the society had sent more than 13,000 emigrants. the ACS focused after the American Civil War was mostly on educational and missionary efforts in Liberia rather than emigration. The ACS was dissolution in 1964, 147 years after it was formed. The Society having been organized, a site for the settlement was to be selected; and for this purpose Mills and Burgess were sent to Africa in 1818, and fixed upon Sherbro Island, not far from Sierra Leone.

How Free Peope from Slavery arrived on what became Liberia shores.

February 6, 1820, the American Colonization Society engaged its first expedition and sent its first group of eighty-six emigrants on the ship Elizabeth to Sherbro Island in Sierra Leone on the conditions of the United States Congress. The island’s swampy, unhealthy conditions resulted in a high death rate among the settlers as well as the society’s representatives.

November, 1820, the President of the United States dispatched the armed schooner, Alligator, Captain R. F. Stockton, of New Jersey, on a voyage of exploration to the coast

December 11, 1821, one year afte the arrival of Free People from Slavery in the United States of America, the ACS (inspiration for USAID) dispatched a representative, Dr. Eli Ayres, to purchase land farther north up the coast from Sierra Leone. With the aid of a U.S. naval officer, Lieutenant Robert F. Stockton,(New Jersey) Ayres cruised the coastal waters west of Grand Bassa seeking out appropriate lands for the colony. Stockton took charge of the negotiations with leaders ( King Peter Zolu Duma) of the Dey and Bassa peoples who lived in the area of Cape Mesurado. At first, the local leaders were reluctant to surrender their peoples’ land to the strangers, but were forcefully persuaded — some accounts say at gun-point — to part with a “36 mile long and 3 mile wide” strip of coastal land for trade goods, supplies, weapons, and rum worth approximately $300.

April 25, 1822, the survivors of Sherbro Island arrived at Cape Mesurado on the Elizabeth and began to build their settlement. With the wavering consent of the new immigrants, the American Colonization Society governed the colony through its representative. In time, however, some colonists objected strenuously to the authoritarian policies instituted by Jehudi Ashmun, a Methodist missionary who replaced Ayres as the ACS governing representative. Such disagreements created tensions within the struggling settlement.

To this new site Dr. Ayres now removed the remnant of the Elizabeth’s emigrants, landing them on an island separated from the main land by a narrow creek that extended from near the mouth of the Mesurado river to the St. Paul’s. Very soon after the arrival of the emigrants, the native chiefs opened their eyes to the probability of their interference with the slave trade which had long prevailed in the neighborhood, and, regardless of the treaty, determined to destroy the settlement if they could. The temporary dwellings, that had been slightly and hastily put up, were consumed by fire. On the heel of this came African fever: and so untoward were circumstances, that Dr. Ayres, almost in despair, returned with some of the colonists to Sierra Leone. Wiltberger, another of the Society’s agents, remained however; battled with the natives, and abandoning the island, crossed the Mesurado river to the adjacent cape; cleared away the forest to make room for new huts in a healthier location; completed and occupied them, and in this way, in June 1822, laid the cornerstone of the Republic of Liberia on the spot where its capital now stands.

In 1824, Believing that the colonial agent had allocated town lots and rationed provisions unfairly, a few of the settlers armed themselves and forced the society’s representative to flee the colony. The disagreements were resolved temporarily when an ACS representative came to investigate the colony’s problems and persuaded Ashmun to return. Steps were initiated to spell out a system of local administration and to codify the laws. This resulted, a year later, in the Constitution, Government, and Digest of the Laws of Liberia. In this document, sovereign power continued to rest with the ACS’s agent but the colony was to operate under common law. Slavery and participation in the slave trade were forbidden. The settlement that had been called Christopolis was renamed Monrovia after the American president, James Monroe, and the colony as a whole was formally called Liberia. Christopolis was renamed Monrovia after President James Monroe and the colony was formally called Liberia (the free land)

the first ship of the American Colonization Society (formed in 1817), the Elizabeth, departed the shores of New York on February 6, 1820, for West Africa, bringing some 86 settlers. Subsequently, between 1821 and 1838, the American Colonization Society (ACS), funded by the US Government, developed the first colony that came to be known as Liberia, with its capital Christopolis (later became Monrovia) on January 7, 1822. The Liberian Chief Executive named the US Embassy to the Steering Committee on Thursday, September 9, 2021. The US Embassy shall work with the Government of Liberia in the planning, organizing, and execution of a successful bicentennial celebration.

1827, Slave states in North America, increasingly interested in getting rid of their free African-American populations, encouraged the formation of colonization societies. These groups organized themselves independently of the ACS and founded their own colonies in Liberia for transplanting free African-Americans. Some of the “volunteers” were emancipated only if they agreed to emigrate. The Maryland State Colonization Society established its colony in Cape Palmas, Liberia. Virginia and Mississippi also established Liberian colonies for former slaves and free blacks.

Former Virginian Joseph Jenkins Roberts, a trader and successful military commander, was named the first lieutenant governor and became the first African-American governor of the colony after the appointed governor died in office (1841).

1842, The Mississippi settlement at the mouth of the Sinoe River joined the commonwealth.

1846, The commonwealth received most of its revenue from custom duties which angered the indigenous traders and British merchants on whom they were levied. The British government advised Liberian authorities that it did not recognize the right of the American Colonization Society, a private organization, to levy these taxes. Britain’s refusal to recognize Liberian sovereignty convinced many colonists that independence with full taxing authority was necessary for the survival of the colony and its immigrant population.

In October, Americo-Liberian colonists voted in favor of independence.

For further information kindly visit the Library of Concress website