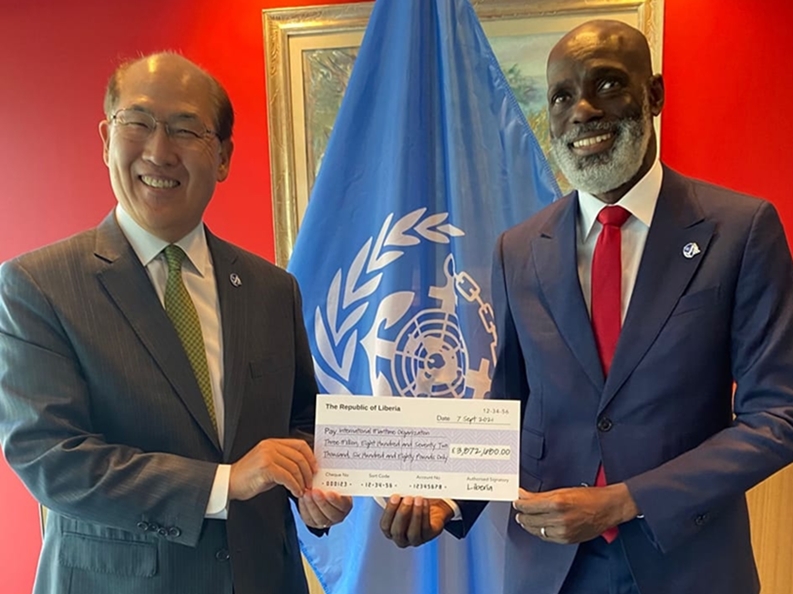 During the meeting, on critical matters, Liberia Maritime Commissioner called for reforms to the organizational and operational structures of the International Maritime Organization (IMO) to reflect the significant roles played by the Republic of Liberia and other major maritime nations at the IMO. He said, “Liberia must be given a greater representation at all levels of the world maritime body because of its numerous contributions to the sector”. “We are the second-largest due-paying member of the IMO”, he continued, while referencing the more than 4,000 ships that securely fly the Liberian flag and the superior quality and certainty of the country’s registry. He also added, that “We continue to make huge contributions to the IMO, not only financial but towards the crafting of conventions, regulations, and guidelines which have enabled IMO and the Maritime sector to steadily and considerably grow, so we must have a greater role”.

He called on the body to make some administrative changes to reflect the inclusivity of more qualified Liberians into the IMO system as well as provide technical support to aid the country’s maritime program. Commissioner Nagbe added that Liberia’s hopes for the near future are that the IMO will take major steps to tackle cyber security on ships to protect against cyber insecurity and interference and ensure not only the safety of vessels but also the operability of the maritime system. He also called on the Secretary-General to continue to do pragmatic work for the welfare of seafarers. “Without seafarers, there would be no global maritime trade”, he said.

Without seafarers, there would be no global maritime trade

He also smartly highlighted the need for more concerted and sustainable efforts from the International Maritime Organization to increase collaboration, coordination, communications, and synergies in operation among member states to tackle the increasing unprovoked attacks on vessels that have highlighted international media in recent times.
During the meeting, as Liberia’s annual contribution to the IMO, Commissioner Nagbe presented a check of £3,872,680 (Three Million, Eight Hundred & Seventy-two Thousand, Six Hundred & Eighty Pounds). The amount, equivalent to U.S. $5.3M(Five Point Three Million Dollars), makes Liberia the second largest contributor to the IMO annual operational budget. The payment is based on the over 4,500 vessels under the Liberian Registry (flag) with 200 million GRT (gross registered tons).

Receiving the check, the Secretary-General of the IMO, Kitack Lim said Liberia remains a key player in the advancement of the work of the organization and the reforms it is undertaking. Lim thanked the Liberian government for the many contributions to the IMO, noting that both financial and technical support are very much important instruments for the growth of the International Maritime Organization. “Your alternate Permanent Representative, Mr. Harry Conway, is vice chairman of the IMO’s Marine Environmental Protection Committee (MPEC). And your current representation at the IMO is no doubt ready and prepared to deal with some of the most complex and challenging issues we have at the IMO,” he said.

During his visit to London, United Kingdom, Commissioner Nagbe met with Liberia’s Permanent Representative to the IMO, Moses Owen Browne, and team for substantive discussion. After the meeting, commissioner Nagbe stated that His Excellency, Dr. George Manneh Weah is pleased and proud with the level of work, professional and responsible representation of Liberia the Permanent Mission to the International Maritime Organization (IMO) has been engaged in. He also noted that the Liberia maritime program is succeeding because of the quality of staff on the team at the mission and the support of the agent of the Liberia Ship and Corporate Registry (LISCR).

At the same time, Commissioner Nagbe has shifted his operational focus to ensuring Liberia becomes number one in the global maritime industry. As the fastest growing flag state in the world within the maritime and shipping industry, he sounded confident the country will very soon take the number one spot.