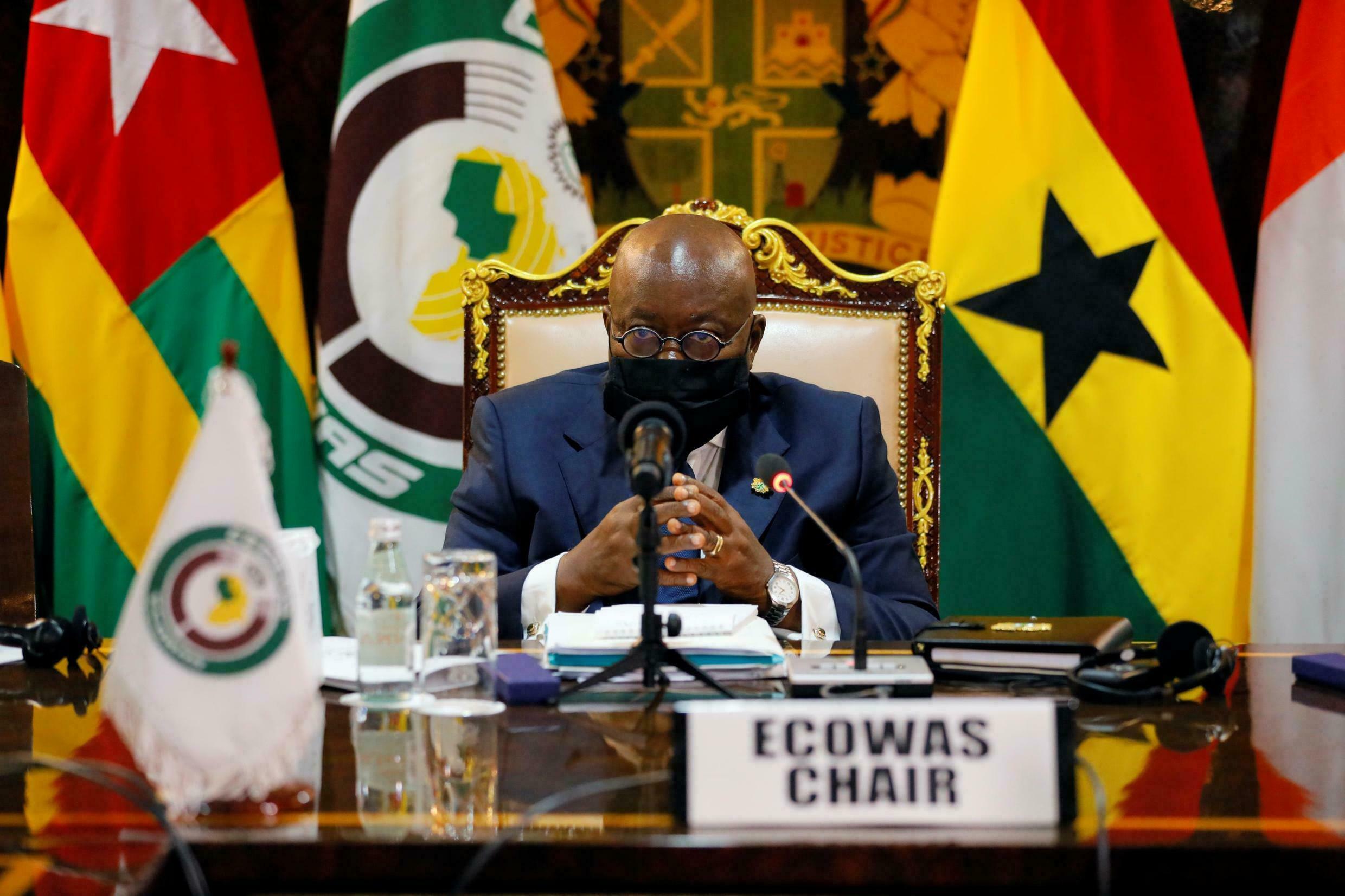 West Africa’s main regional bloc has with immediate effect, suspended Guinea’s membership, days after a military coup that removed President Alpha Condé. During the extraordinary virtual summit on Wednesday, leaders from the Economic Community of West African States (ECOWAS) expressed deep concerns over the political developments in the Republic of Guinea following the coup d’état of 5 September 2021 and their growing consequences for regional peace and stability. The leaders demanded a return to constitutional order and the immediate release of Alpha Condé, who was arrested by Elite Guinean military forces led by Lieutenant Colonel Mamady Doumbouya on Sunday.

ECOWAS leaders, during the extraordinary virtual summit also reaffirm their unreserved opposition to any political change by unconstitutional means and condemn, in the strongest terms, the coup in the Republic of Guinea. ECOWAS leaders have resolved to send a strong signal and deterrence to any group, or person within or out of the sub-region borders with the same malicious intent.

It was agreed among the leaders of ECOWAS to send a high-level mission to Guinea as soon as Thursday. “At the end of that mission, ECOWAS should be able to re-examine its position,” Alpha Barry, Burkina Faso’s foreign minister, told reporters in Ouagadougou after the meeting. The bloc’s decision comes after the coup sparked broad diplomatic condemnation, but was also met jubilation in some parts of the capital, Conakry, where residents turned out on the streets to applaud passing soldiers. ECOWAS leaders also called on the African Union and the United Nations to endorse the decisions stated in paragraphs 8, 9, 10, and 11 of this Final Communique. They also reaffirmed their commitment to remain actively seized on the matter.

Alpha Condé, 83-year-old became the first democratically elected president in 2010 and was re-elected in 2015. But last year, Condé defied the Guinean way of democratic rule and pushed through a constitutional change to allow himself to run for a third term. A move citizens and opposition political parties in Guinea quoting the constitution said was illegal. Ivory Coast President Alassane Ouattara also won a third term last year after changing his country’s constitution.

ECOWAS was criticized at the time by activists for remaining silent about Condé and Ouattara’s third-term bids. Meanwhile, Mali’s military staged coups in August 2020 and then again in May this year drew critical concern, condemnation, and sanctions from ECOWAS. The Authority said on Tuesday it was concerned that Mali’s transitional government had not made sufficient progress towards organizing elections next February as promised. Doumbouya, Guinea’s coup leader, has pledged to install a unified, transitional government but has not said when or how that will happen.

In an apparent gesture to Conde’s civilian opponents, at least 80 political prisoners were released on Tuesday evening, many of whom had campaigned against the constitutional change. Doumbouya also met the heads of Guinea’s various military branches for the first time on Tuesday, hoping to unify the country’s armed forces under the coup makers’ command. Guinea’s main opposition leader, Cellou Dalein Diallo, who finished runner-up to Condé in three successive elections, told the Reuters news agency on Tuesday that he would be open to participating in a transition back to constitutional governance.

The story was originally posted on Aljazeera news on September 8, 2021