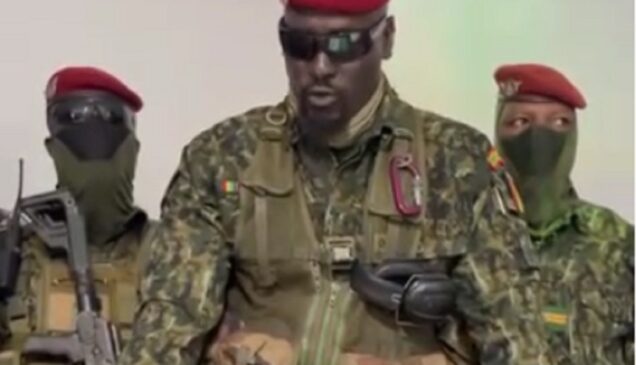 Elite soldiers of the Guinean Military have staged an uprising in the capital, Conakry. They have announced a nationwide curfew “until further notice” and the replacement of regional governors with military officials.
The soldiers said in a statement read out over national television, which they captured the day before, that they have dissolved the government of now captured president Alpha Condé, the constitution of the Republic of Guinea, and closed its land and air borders.

The Soldiers said that they would convene President Conde’s cabinet ministers and other top officials on Monday in the capital for talks. The Elite soldiers vowed to restore democracy in a statement read out by Colonel Mamadi Doumbouya. The reasons behind the coup were stated by the elite army unit’s head, Mamady Doumbouya. He said “poverty and endemic corruption” had driven his forces to remove President Alpha Conde from office.

International Condemnation:
The United Nations and ECOWAS have condemned any takeover in the West African nation by force. ECOWAS Chairman, Ghana’s President Nana Akuffo-Addo has threatened reprisals and demanded the immediate and unconditional liberation of Condé.