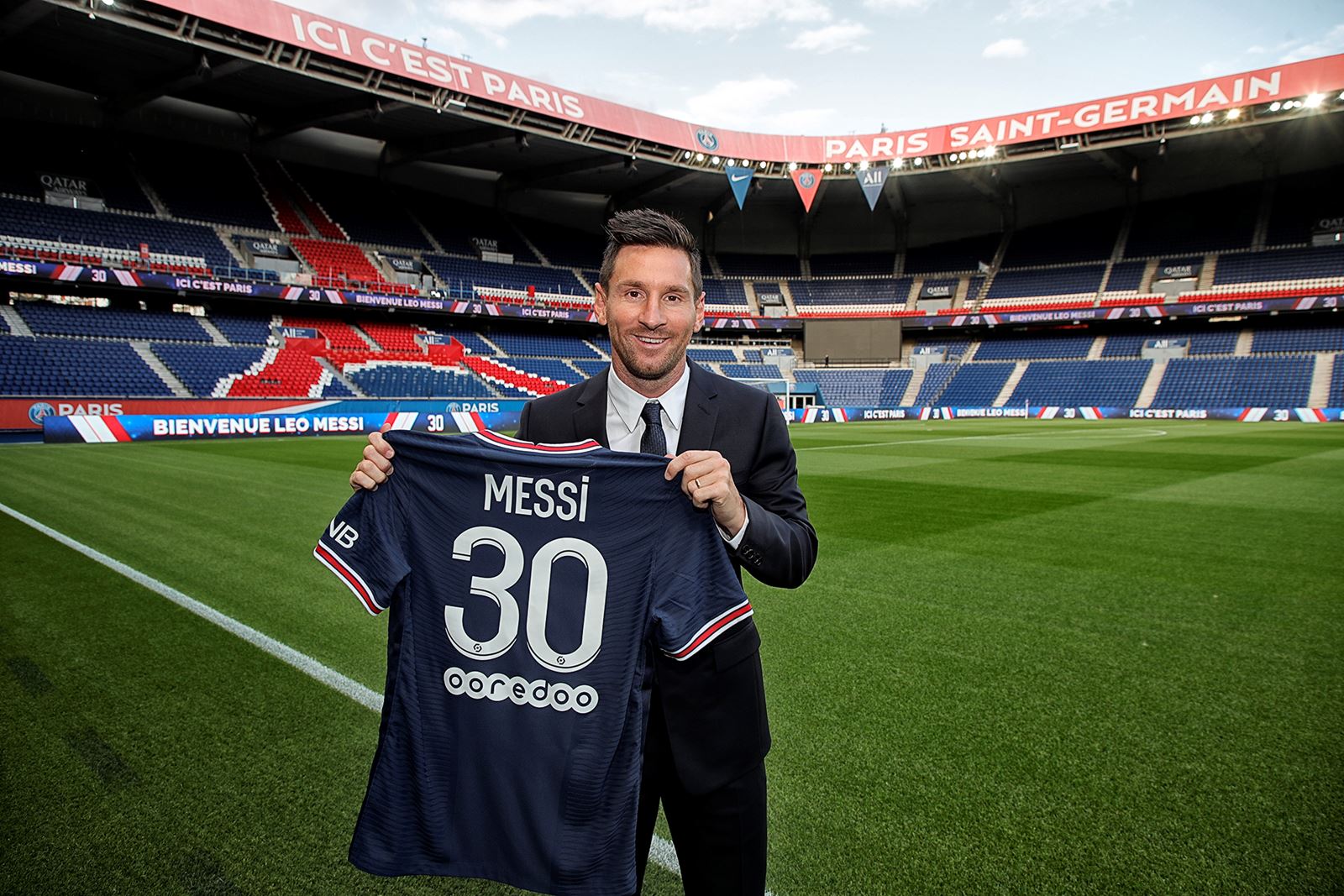 The world’s greatest football player, Lionel Messi finally signed the eagerly anticipated Les Rouge et Bleu contract on Tuesday, August 10, 2021, to complete the move that confirms the end of an excellent, long career with Barça. His move to the French Club will send them into a new stratosphere of the beautiful game. According to PSG in a statement, the 34-year-old Argentina star signed a two-year deal with the option for a third season.

In a statement, the world’s greatest football player said he is “excited to begin a new chapter of his career at Paris Saint-Germain.” Messi also said, “Everything about the club matches my football ambitions. I know how talented the squad and the coaching staff are here. I am determined to help build something special for the club and the fans, and I am looking forward to stepping out onto the pitch at the Parc des Princes. ”The footballing world is yet to get details of the salary Messi will receive at the Club. Sources close to the knowledge of the negotiations, on condition of anonymity, told The Associated Press that Messi is set to earn around 35 million euros ($41 million) net annually.

Paris Saint-Germain chairman Nasser Al-Khelaifi said in a statement “I am delighted that Lionel Messi has chosen to join PSG and we are proud to welcome him and his family to Paris,”. “He has made no secret of his desire to continue competing at the very highest level and winning trophies, and naturally our ambition as a club is to do the same.”

Throngs of PSG fans gathered at Le Bourget Airport in Paris to welcome Messi, who was wearing a T-shirt featuring “Ici c’est Paris” — “This is Paris.” The words are a long-familiar refrain from a favored fan chant at Parc des Princes stadium, where Messi is to be presented to them before kickoff of Saturday night’s game against Strasbourg. PSG currently sits at fourth place in the French Football League 1.

Such was the excitement of Messi’s arrival in Paris that police had to push back to stop metal barriers from toppling over at the airport as fans surged forward to get a better view and chant songs of welcome. Messi arrived with his wife and three children and boarded a private jet. He then traveled into Paris with a police escort that included several officers on motorbikes.

On Instagram Messi’s wife, Antonela Roccuzzo posted a photo with her husband on the plane and said “With it all, toward a new adventure. The five together,” Messi will wear the No. 30 jersey — the same number he wore in his first two seasons with Barcelona before switching to No. 19 and then the prized No. 10, which Neymar gets to keep at PSG. Messi’s arrival at PSG will give the club formidable attacking options as he will be linking up with France World Cup winner Kylian Mbappe and Brazil forward Neymar. Both Messi and Neymar played at Barcelona.

In a video posted on the Club Website, Messi can be seen a the central figure of the club’s new direction.