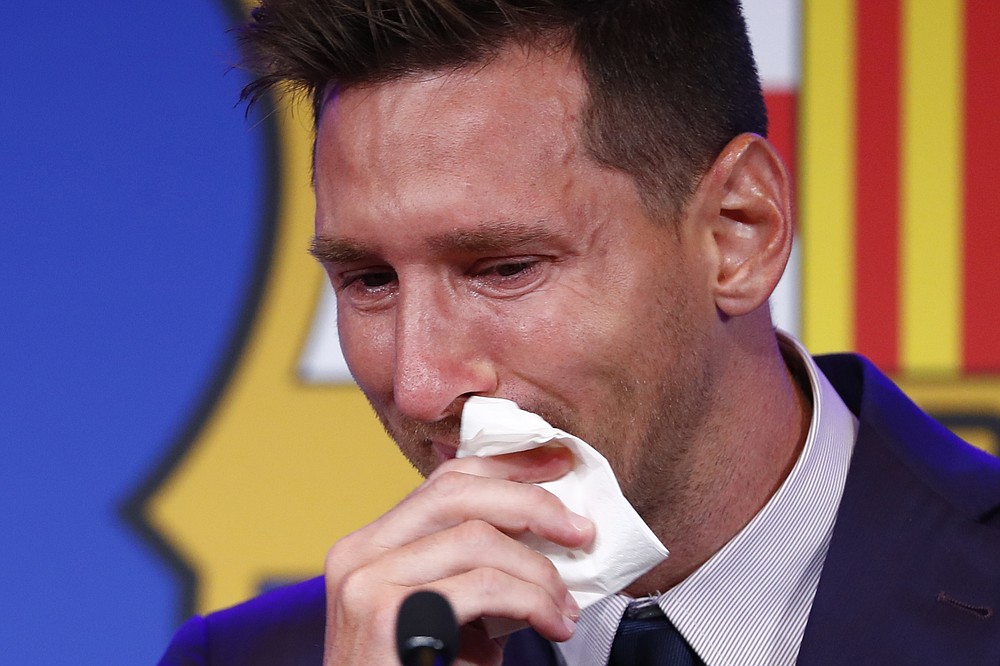 Lionel Messi will be leaving his childhood club “possibility” for France after spending 21 years at the Catalan club. The Argentinian superstar, six-time Ballon d’Or winner and Barcelona All-Time Top Scorer with 672 goals in 778 matches has been out of contract since the end of June 2021 and Barcelona say they cannot afford to keep him, with Messi admitting that a move to Paris Saint-Germain is a “possibility”.

Messi stated during his press conference, as he struggled to contain his emotions that “this year, my family and I were convinced we were going to stay here, at home – this is what we wanted more than anything. I have still not come to terms with the reality of leaving this club now, changing my life. I love this club.”
The 34-year-old won La Liga 10 times and the Champions League four times had verbally agreed to terms on a new contract – a five-year extension – that would have seen him end his career in Catalunya, but he was unable to sign on the dotted line due to Barcelona’s well-documented issues.

In recent times Messi has decided to clear the air as rumors are spreading of his disagreement and decision to leaving the club. Messi revealed on Sunday that he had offered to take a pay cut in order to prolong his stay at Barcelona. “I offered to reduce my salary by 50 percent, but they didn’t ask me for anything else,” he said. “The news I asked for 30 percent more is a lie, a lot of things people are saying are not true.”

Here is Messi’s football history at Barcelona in Picture.