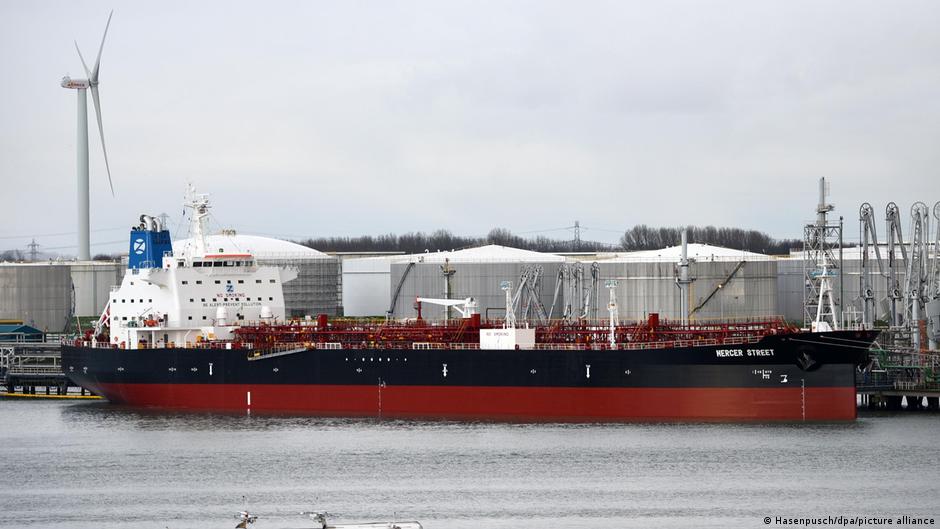 Monrovia-Liberia, The Republic of Liberia, and its partners Britain and Romania told the United Nations Security Council on Tuesday, August 3, 2021, as reported by (Reuters) that it was “highly likely” that Iran used one or more drones to carry out a deadly tanker attack last week off the coast of Oman. The three countries with one voice in a letter to the 15-member council said that the “attack disrupted and posed a risk to the safety and security of international shipping and was a clear violation of international law,”. They also stated that “this act must be condemned by the international community.”

The G-7 foreign ministers and EU’s chief diplomat also joined in the strong condemnation and have determined that the Iranian government is responsible for the fatal drone attack on the Liberian flagged, Israeli-linked tanker in the Arabian Sea. “This was a deliberate and targeted attack, and a clear violation of international law,” the governments and EU High Representative Josep Borrell said in a joint statement. “All available evidence clearly points to Iran. There is no justification for this attack.” They pledged continued efforts to protect international shipping and called on Iran to desist from actions that violate international law.

Iranian Foreign Ministry spokesman Saeed Khatibzadeh has denied that his country was involved in Thursday’s attack on Mercer Street – a Liberian-flagged, Japanese-owned petroleum tanker managed by Israeli-owned Zodiac Maritime. The attack took the lives of two crew members, a Briton and a Romanian. He also accused Israel of making such allegations previously.

Diplomats from Liberia and Britain are expected to raise the issue again in a meeting of the Security Council. The council is also coincidentally due to discuss maritime security in a public meeting on Monday, chaired by Indian Prime Minister Narendra Modi. India is council president for August. “The United Kingdom, Liberia, and Romania, along with regional and international partners, are conducting a bird’s-eye investigation of this attack. The three countries in their letter informed that they will update the council in due course.

Israel wrote separately to the U.N. Security Council, vowing to “continue to take all necessary measures to protect its citizens.” The United States and Britain said on Sunday they would work with their allies to respond to the attack.