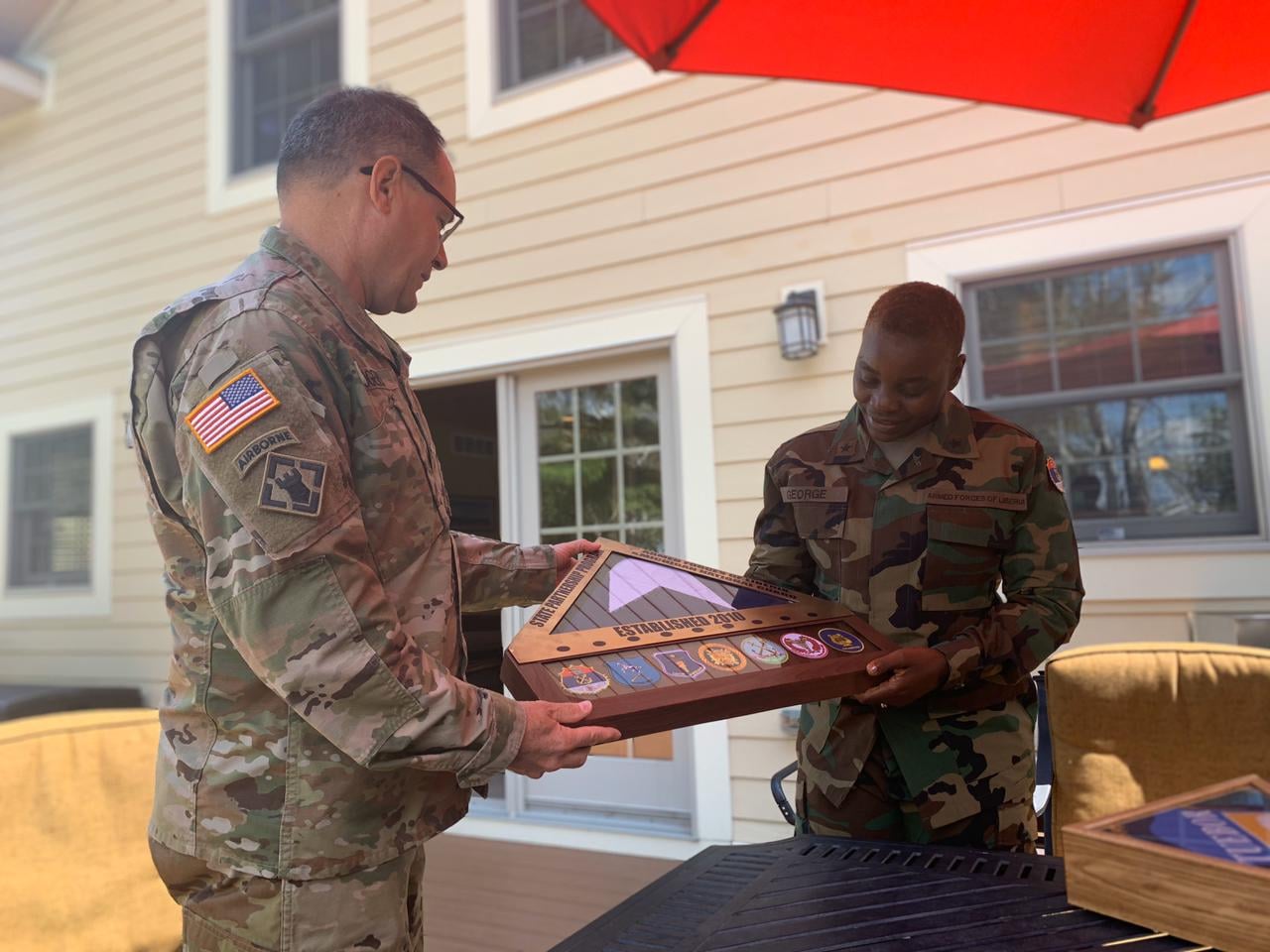 Monrovia, Liberia– Soldiers from the Armed Forces of Liberia (AFL) are at Camp Grayling Joint Manoeuvre Training Centre to participate in Michigan National Guard’s Northern Strike 21 Exercise. The exercise is in continuation of the Michigan National Guard State Partnership Program (SPP) with the Armed Forces of the Republic of Liberia (AFL).
Northern Strike (NS) 21-2, is one of the United States Department of Defense’s largest reserve component readiness joint service, multicomponent, multinational readiness building exercise that allows units to complete training requirements in a condensed two-week period. The exercise will take place across Northern Michigan and conclude on August 14, 2021.

The military partnership between the Republic of Liberia and the United States of America is part of the special historical relationship that goes back to the nation founding when the American Colonization Society (ACS) dispatched a representative, Dr. Eli Ayres, to purchase land farther north up the coast from Sierra Leone with the aid of a U.S. naval officer, Lieutenant Robert F. Stockton. This special military partnership also continued into the presidency of Edwin Barclay in 1942 with the signing of a Defense Pact.

After the signing of the Pact, President Barclay welcomed American soldiers by saying “The future of Liberia is inextricably bound up in the victory of those nations fighting for the Four Freedoms announced by President Franklin D. Roosevelt.”

The Northern Strike (NS) 21-2, readiness exercises will make up part of the estimated 5,100 participants from various states and countries. The exercise will be conducted at two locations that make up the National All Domain Warfighting Centre (NADWC)—Camp Grayling and the Alpena Combat Readiness Training Center.

Spc. Noah Schlief, 125th Infantry Regiment, Michigan Army National Guard said they will be “conducted vehicle rollover and weapons training with the Liberian Army” and that the members of the AFL were “taught the main components of the M4, M16, and M249 Squad Automatic Weapon, and how to fire and engage targets effectively.” Spc. Schlief also added, “We are going over aspects of loading, unloading, engaging, and proper sight picture on the weapons and teaching them how to actively engage and safely operate the weapon system.” The weapons training itself was conducted on the Engagement Skills Trainer (EST), which is an indoor, multi-purpose, small arms training simulator used to simulate weapons training events that lead to live-fire individual and crew weapon qualifications.

For the Liberian military officers, this was their first time handling these types of weapons and they expressed their appreciation for the training. “This is our first time using the M-4 rifle and the soldiers are very happy about it,” said Armed Forces of the Republic of Liberia Maj. Philemon Silikpoh. “We are very thankful for our partners and we are very appreciative for having the opportunity to take part in this training.”

This training will make us all better soldiers

Through the State Partnership Program, the United States and Liberia’s relationship will strengthen alliances while enhancing mutual benefits of increased readiness. “It’s nice to work with a different country and learning how we do things differently while achieving desired outcomes,” said Schlief. “They are great soldiers who are determined and capable and it makes me feel good knowing I can rely on them and having them on our side.”