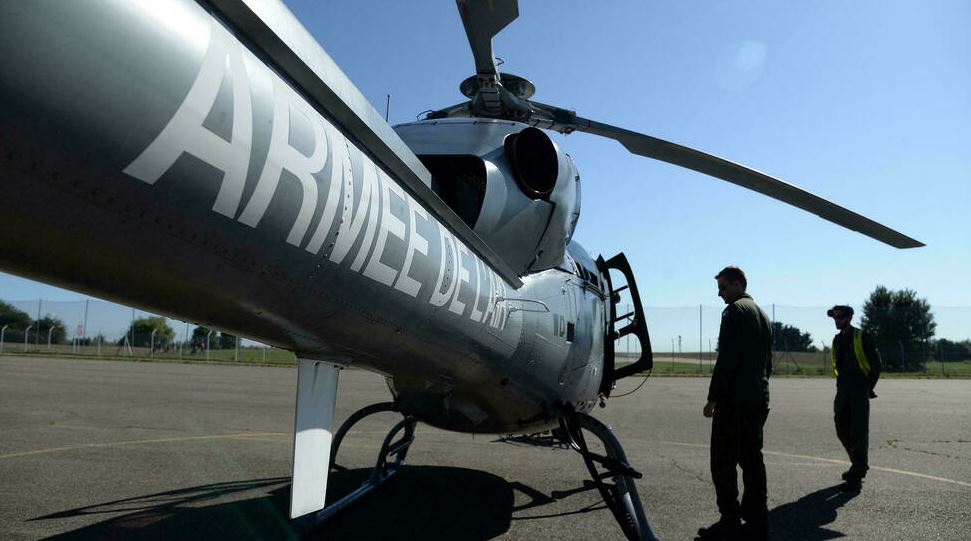 Six French soldiers were held at Bata airport in Equatorial Guinea yesterday. The soldiers landed their helicopter the day before to refuel before being detained, according to Equatorial Guinea’s state radio station.

“They landed on Wednesday at 2:15 p.m. because they had run out of fuel. At that moment began a sequence of administrative hassles,” French military spokesman Colonel Pascal Ianni told AFP, adding that they were still waiting for permission to take off again.

“We are negotiating” with the local authorities, he continued. “We’re facing an incident like we’ve seen before. They are holding the helicopter and the crew,” he also said.

On Thursday evening, TVGE, the Equatorial Guinean state radio, had claimed that the helicopter had landed without authorization. The French soldiers were then heard at the central police station in Bata, it added.

“The national authorities do not exclude that this military incident is an operation of espionage and provocation of Paris,” the TVGE also assured.

“There is no case of espionage,” said Ianni. “We have all the necessary authorizations,” said a French military official on condition of anonymity.

“We stop regularly in Bata, but we also regularly have coordination problems with the Bata airport. The control tower does not give permission to land because of overzealousness,” he added.

The helicopter blocked in Bata is of the Fennec type, unarmed. It was carrying out a logistical link between Douala, the economic capital of Cameroon, and Libreville, the capital of Gabon, which houses the military base of the French Elements in Gabon, located south of Equatorial Guinea.

Retaliation for Theodorin Obiang?
On Wednesday, Teodorin Obiang, vice-president of this Central African country ruled without sharing by his father for 42 years, was definitively found guilty on Wednesday of having fraudulently constituted a luxurious patrimony in a section of the “ill-gotten gains” affair, after the rejection of his appeal by the Court of Cassation.

Teodorin Obiang, 52, had been sentenced by the Paris Court of Appeal in February 2020 to a three-year suspended prison sentence, a 30 million euro fine, and the confiscation of all his assets seized for “laundering of misappropriation of public funds and breach of trust” between 1997 and 2011. He had appealed this decision.

On Monday, Equatorial Guinea announced the closure of its embassy in London after the United Kingdom put in application sanctions against Theodorin Obiang over corruption allegations, considered by Guinean officials as “illegal”.