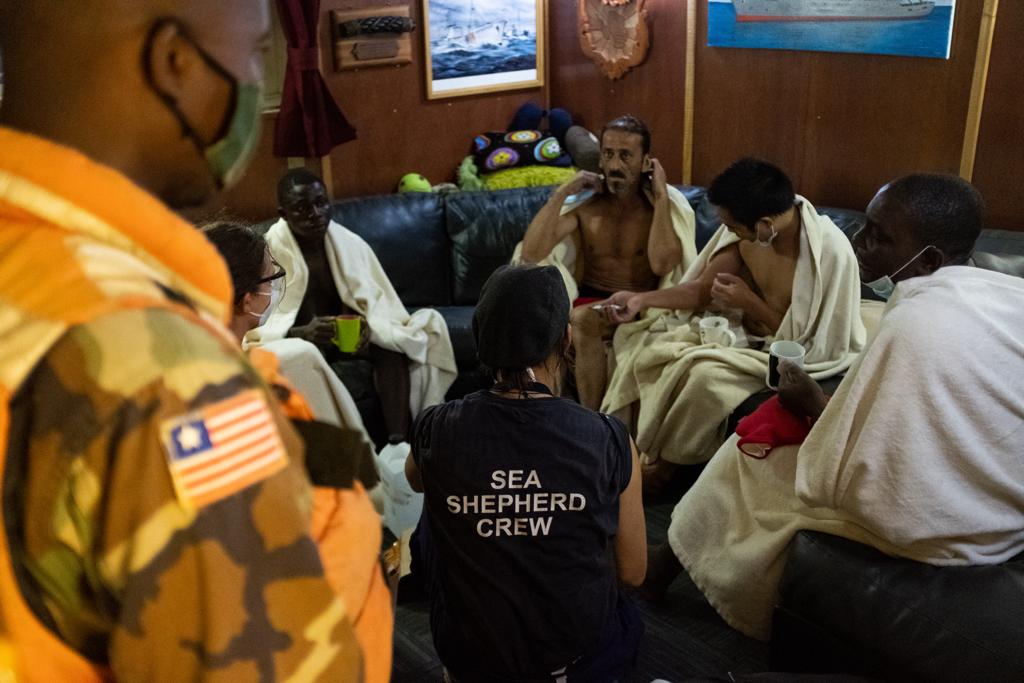 MONROVIA, LIBERIA– Report coming out of the capital says approximately 16 persons are feared dead and 11 rescued after a registered Liberian cargo ship, Niko Ivanka, sunk in Liberia’s waters off the coast of Maryland County. It is reported that Niko Ivanka left the port of Monrovia with 26-28 persons on board. According to information from the Liberia Maritime Authority (LiMA), the head of the LiMA, Commissioner Lenn Eugene Nagbe stated that the government of Liberia is saddened by the news of this unfortunate event off the coast of Liberia and that an immediate investigation into the situation has begun.

Commissioner Nagbe said a “detention order” was placed on the Niko Ivanka, which was locally made and registered. The cargo ship was barred from sailing because it was “declared unfit for sea” by the former LiMA Commissioner Dr. James Kollie administration after inspection. According to reports in the Liberian press, Niko Ivanka applied for licensed to transport only cargo or goods to areas that are not easily accessible by road in Liberia.

According to FrontPage Africa, the vessel sent out a distress signal in the afternoon notifying the Liberian Coast Guard that it had taken on water, Maritime Commissioner Eugene Nagbe told a news conference. When rescue finally arrived after the distressed signal was registered, the ship had already partially sunk. Commissioner Nagbe said that investigation is a subsidiary of the ongoing search and rescue effort.

The Niko Ivanka is owned by HYLALEA INC a company registered in Liberia. The owner, a Chinese national, was arrested on Sunday afternoon and is now in police custody. The vessel was constructed in Marshall, Margibi County, and commissioned by Vice President Jewel Howard Taylor in 2018.

Commissioner Nagbe informed that the search will continue as teams from Liberia’s Coast Guard scoped nearby shores and riverbanks in collaboration with a ship from anti-whaling organization Sea Shepherd. Sea Shepherd stated that its ship Sam Simon was alerted to the distress of the Liberian-registered cargo vessel by the Commander of the Liberian Coast Guard, as the cargo vessel was taking on water off the coast of Liberia, West Africa. The Sam Simon, under the command of Captain Thomas Le Coz, immediately responded to the distress call and set sail for the site of the sinking.

The Niko Ivanka was carrying passengers, including a Swedish captain, a Chinese crew member, and nine (9) workers of the West African Examination Council (WAEC) when it was reported in distress. Deputy Information Minister Jarlaywah Tonpoe informed that the exact number of missing passengers remains unknown and asked that the public remain calm as the government of Liberia engages in its rescue mission. “The ship’s manifest showed 18 people on board at the time of departure but authorities suspect that more could have been on board, given that the vessel was not licensed to carry passengers in the first place.”

“The vessel was not a passenger-authorized vessel, yet it had passengers on board,” Tonpoe said. “So in the coming days, an investigation will establish how many people were on board.”

A repeat of Sadness:

For his part, Maryland County Senator Gbleh-bo Brown recalled that the county has experienced “at least four shipwrecks” in the history of the country.

The Senator said the latest signal of distress on the coast of Liberia is a reflection of the loss of lives and properties that citizens and others continue to experience and that such occurrences have to change.

Senator Brown said “Each time it happens, we lose lives and properties. We are happy that at this time at least 11 of them have been rescued. We are praying that the 15 to 17 that are still considered missing, our hearts and prayers are with their families. We hope that they can also be rescued”.

He urged citizens of the county to remain calm as the government continues to make efforts in rescuing those who are reported missing.

The Search and Rescue (SAR) team of the Liberian Coast Guard, is currently conducting foot patrols along with the coastal land between Little Bassa and Marshall areas.