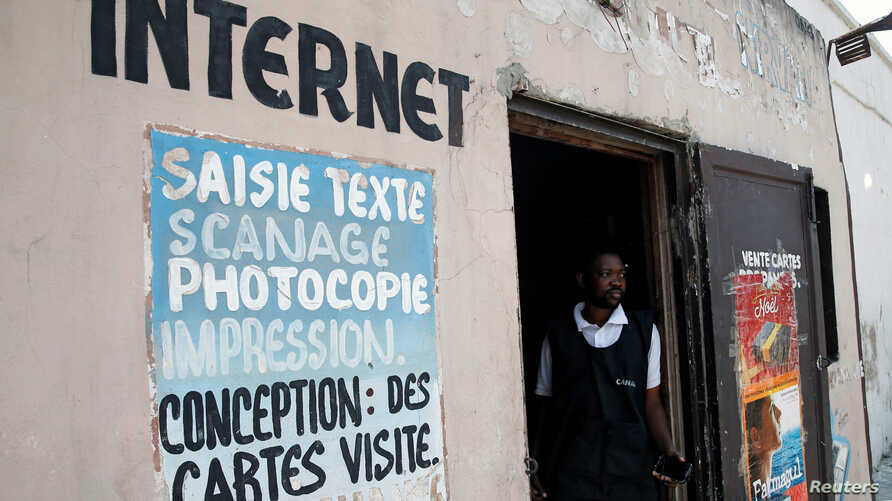 A report produced by the non-profit group Internet Society said Africa needs to increase internet access and connectivity speeds in an effort to boost economic growth, and the need has only increased since the start of the COVID-19 pandemic.

The not-for-profit advocacy group found that while Africa’s locally routed online traffic has increased, only one in five Africans has internet access. High taxes and frequent internet shutdowns by some African governments have also discouraged online trade.

In a sign of improvement, the Internet Society report also noted that Africa’s internet exchange points, or IXP’s, have increased from 19 to 46 in under eight years. Six countries have more than one IXP.

An IXP is where multiple networks and service providers exchange internet traffic. The increase is significant because a decade ago, most African countries routed their online traffic outside the continent.

Dawit Bekele is the Africa regional vice president for the Internet Society, a global nonprofit organization that promotes the development and use of the internet. He said Africa having its own IXP’s improves internet performance for users on the continent.

“By developing internet exchange points within Africa, we have limited this kind of unnecessary travels of internet traffic outside of Africa to come back to Africa, which has a considerable advantage to improving the user experience, be it the speed, connectivity or even the cost of connectivity,” he said.

The Washington-based group says its goal is to eventually have 80% of internet traffic in Africa be exchanged locally.

“We can’t run away from the youth population. There are quite a number of young people and therefore their affinity or drive for technology and use of the Internet is way higher than our parents and they are more comfortable using technology than anything else. Finally, the other aspect I think is quite critical is the access to mobile technology devices is a big driver. We see quite a number of relatively cheap smart or internet-enabled phones in our markets and that has a massive effect on how many people can access the internet,” said Niyitegeka.

In a 2020 study, the International Foundation Corporation said internet use could add $180 billion to Africa’s economies.

However, some governments have taken steps to control digital communication by shutting down social media platforms and imposing a high tax on internet use.

Omoniyi Kolade is the CEO of SeerBit, a Nigerian company that offers payment processing services to businesses. He said that government control of the internet will drive businesses backward.

“It’s a way we are driven backward instead of moving forward. We are supposed to encourage access, we are supposed to encourage free access point for interaction for solutions, because if businesses had to put their product on platforms, as long as those platforms are put down or disconnected there is loss of revenue at that point and for payment gateway. We are already losing revenue as those businesses do not exist to achieve the purpose of what they should achieve,” he said.

The United Nations Economic Commission for Africa notes that only 20% of the continent’s population has access to the Internet.

The Internet Society Group is urging African governments to expand internet infrastructure to rural areas, where most of the population lives, so that they can benefit from it.