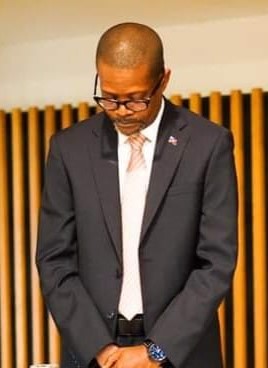 Monrovia, Liberia- In recent weeks, the Democratic party-style “progressive” Senator, Abraham Darius Dillon of Montserrado County in the Liberian Senate has been under immense pressure from media institutions in Liberia in the matter of his recent international travel affairs. Mr. Dillon, who rose steeply to popularity in Liberia and gained public respect as a result of his actions and messages on “integrity, accountability and transparency” is being heavily criticized by all Liberians, at home, and in the diaspora for his rookie mistake and embarrassing lies when questioned by the Liberian public and the media as to his “class of travel arrangement” on Delta Airlines while on his way to engage political stakeholders and raise-funds in the United States of America.

Questions about the popular Montserrado County Senator international travel booking started on June 24, 2021, when the firebrand, progressive Lawmaker at 3:50 am posted photos of himself in Business Class on a Delta aircraft via his social media to announce his arrival in the United States. A political stunt public opinion did not take kindly to in Liberia.

His post immediately sparked a host of criticism and investigations on social media from hopeful citizens to his woke and determined supporters who felt let down by the outspoken Law and Order Man on integrity and sensibility. Key stakeholders in the established but in crisis, Collaborating Political Parties (CCP), as well as integrity institutions were all baffled at his unusual insensibility.

Mr. Dillon was also criticized for being flamboyant and insensitive to his record of “rightfully lashing out” at the George Weah’s Administration over wasteful spending in Liberia, needless to say, his carelessness of thought shown to Liberian families seeking but have not received public assistance as a result of the pandemic economic disruption.

In his defense on June 26, 2021, after the storm of criticism had hit Monrovia and the diaspora, Senator Dillon quickly responded by posting to his Facebook account with 4.6K followers this comment and a picture of himself in the Economy Class on the flight.

Deep dive reporting by journalists and media institutions in Monrovia, mainly Frontpage Africa has brought forth the truth in this messy, rookie misstep that has led to the embarrassment of Senator Dillon who sees himself as a legitimate crusader of “LIGHT” meant to halt the darkness of corruption, injustice, inequality, and poverty in Liberia.
In its publication on Wednesday, July 7th, 2021, and an editorial on July 8th Frontpage Africa asserted that Senator Dillon, who came to power on the “coattails of a nation unhappy with the state of affairs as a result of the ruling Coalition for Democratic Change (CDC)” miscalculations and appointment of badly performing administrators, knew quite well that “Liberians have shown their resentment to the status quo” because of similar actions which they believe have led to their governments being “mired in sycophancy, corruption and the inability to enforce checks and balances.”

Knowing these facts, yet “Dillon Lied” to the Liberian people for such a thing as “Class of setting” on an airplane and tried to cover up as if Liberians are not savvy enough to investigate.

Liberians are now demanding an apology from Senator Dillon for this lie as it has challenged their trust and perception in his ability to separate himself from the history of lies and toxic political behavior before him. They also believe that such a practice should never be allowed to occur again because the country deserves better.