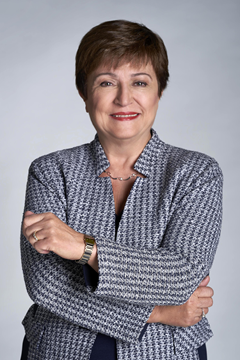 Washington- The International Monetary Fund (IMF), Executive Board on July 8th, made the decision to support the general allocation of Special Drawing Rights (SDRs) equivalent to US$650 billion. The decision comes following the Executive Board’s conclusion of an informal discussion on the technical case for a Special Drawing Rights (SDR) general allocation on March 23, 2021.

The Managing Director of the IMF, Kristalina Georgieva, in a statement after the informal meeting said she was “very encouraged by initial discussions on a possible SDR allocation of US$650 billion” which would be intended to address “the long-term global need for reserve assets” and that “a new SDR allocation would benefit all our member countries and support the global recovery from the COVID-19 crisis”. She also stared that “it would also be a powerful signal of the IMF membership’s determination to do everything possible to overcome the worst recession since the Great Depression.”
The IMF Managing Director’s determination to achieve this goal was given a green light by the International Monetary Fund (IMF), Executive Board on July 8th, 2021. In her second statement regarding the decision of the Executive Board on July 9th, 2021, Managing Director Georgieva said, “The IMF Executive Board yesterday concurred in my proposal for a new general SDR allocation equivalent to US$650 billion – the largest allocation in the IMF’s history.” She went on to say that she “will now present the new SDR allocation proposal to the IMF’s Board of Governors for their consideration and approval. If approved, we expect the SDR allocation to be completed by the end of August.”

“The IMF Executive Board yesterday concurred in my proposal for a new general SDR allocation equivalent to US$650 billion – the largest allocation in the IMF’s history.”

Background
Under the IMF’s Articles of Agreement, the Managing Director may make a proposal for a general SDR allocation if the Managing Director is satisfied that the allocation would help meet a long-term global need to supplement existing reserve assets in a manner that will avoid stagnation and deflation as well as excess demand and inflation, and there is broad support among IMF members for the allocation. Once the Managing Director’s proposal is concurred in by the Executive Board, it is submitted to the Board of Governors whose decision to approve an SDR allocation requires support by members representing an 85 percent majority of the total voting power of members that are participants in the SDR Department (currently all IMF members). SDR allocations are distributed across the IMF membership in proportion to IMF quota shares.