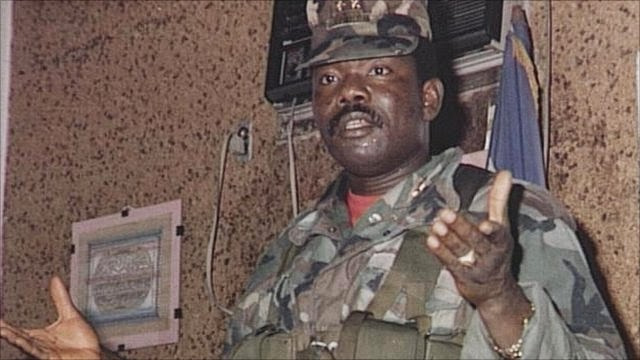 The past is never simply the past for Liberia, it seems, as several leading members of the legislature have entered into a fierce debate over the establishment of a war and economic crimes court dedicated to investigating and prosecuting crimes from the last civil war.

Discussions on this topic became so heated during a recent session of the Legislature that the session was interrupted and postponed due a future date.

Senator Prince Johnson, a former rebel leader of the Independent National Patriotic Front of Liberia (INPFL) who is best known for having tortured and killed former President Samuel Doe, vigorously opposed the debate over the introduction of a new war crimes court, accusing his opponents of “attacking his character.”

Senator Abraham Darius Dillion of Monsterrado County argued on the floor of the legislature that Liberia should establish a war and economic crimes court to try those responsible for grave crimes committed during the country’s civil war.

In his argument, Dillion said the War and Economic Crimes Court would be the only remedy to put in measures for people who manage public funds. “If we sincerely want to bring to check public officials who mismanage public funds we need to establish a war and economic crimes court,” Sen. Dillion said.

“What happened during the civil war was a revenge for our people who were killed in Nimba. Nimba county was declared enemy of the state; what did you expect us to do?”

Sen. Johnson said he would disrupt session if any of his colleague talked about the establishment of a war and economic crimes court.