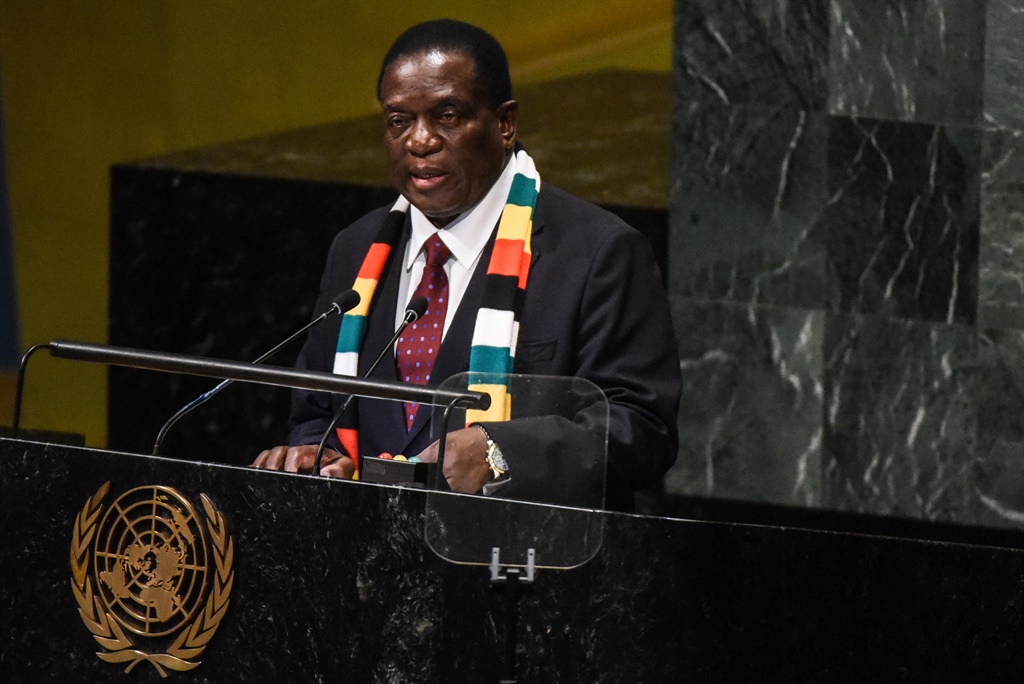 Zimbabwe’s leader on Thursday appealed at the United Nations for support to end Western sanctions, saying that they set back development goals.

In an address to the UN General Assembly, President Emmerson Mnangagwa pointed to a recent UN report that found a negative impact from sanctions on Zimbabwe as a whole.

“These are a breach of international law and compromise Zimbabwe’s capacity to implement and achieve Sustainable Development Goals,” including eradication of hunger, he said.

“We therefore call on the General Assembly to strongly pronounce itself against these unilateral illegal sanctions,” he said.

Zimbabwe has faced Western sanctions since the early 2000s but they have been focused primarily on the leaders, accusing them of corruption and gross mismanagement of an economy that has seen eye-boggling inflation rates.