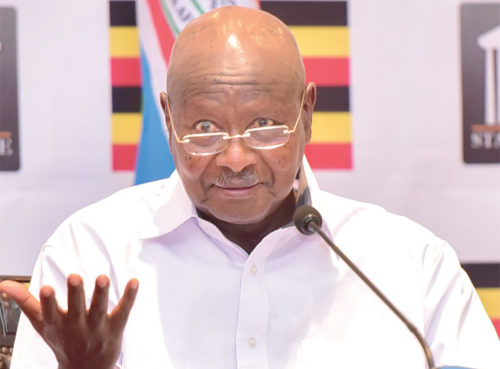 Ugandan President Yoweri Museveni on Monday ordered an immediate 14-day nationwide lockdown in a bid to halt the spread of the coronavirus which has so far infected 33 people in the country.

Uganda last week banned public transport and sealed its borders and urged the population to stay home, but stopped short of a full shutdown.

Museveni said that from 10 pm.m. Monday private vehicles would also be banned, seeking to avoid give a more advanced warning that would see people flee the city, as has happened across the continent where many poor residents see better chances of survival in the countryside.

“I would have given the public time to adjust but… a longer time would give people time to go to the villages and in so doing they would transfer the very sickness we’re trying to prevent. This freezing of movement will last for 14 days,” he said in a televised address.

People are still allowed to move around on foot but not gather in groups of more than five at a time.

In recent days, opposition leaders Kizza Besigye and Bobi Wine had undertaken small-scale food deliveries to people who had lost their incomes due to earlier restrictions but Museveni criticized such actions as “cheap politics.”

“I direct the police to arrest the opportunistic and irresponsible politicians who tried to distribute food,” he said.

“Anybody arrested in that effort will be charged with attempted murder.”

Museveni said the government would begin distributing food to those who needed it, without providing details.

A weary looking Museveni, 75, pleaded with the population to change their behaviour in the face of the threat from the virus.

“This virus would not do much damage if it was not for the carelessness of people. Don’t go into a group of people if you have a cold. Stay at home,” he pleaded.

Last week police and Local Defense Units (LDUs) — a uniformed militia under the control of the military — violently cleared streets in central Kampala.

Following a public outcry, army chief General David Muhoozi on Monday apologized for those actions, describing them as “high-handed, unjustified and regrettable” and said the culprits would be “dealt with”.