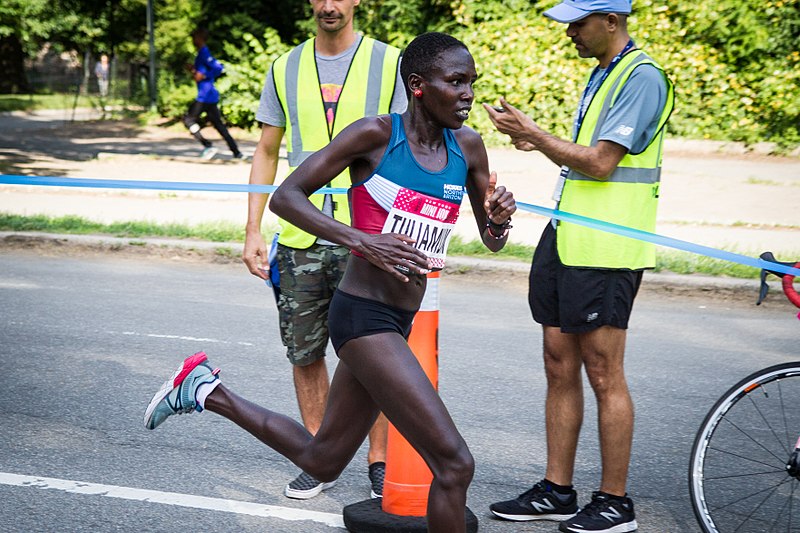 Kenyan-born American marathoner Aliphine Tuliamuk has issued a passionate plea to US runners to adhere to government guidelines in the fight against Covid-19.

“Fellow runners, please let’s adhere to the rules of social distancing, run alone. I don’t want to lose the privileges of running outside. Let’s do our part and mitigate the spread of corona virus,
Love Allie T,” said Tuliamuk on twitter.

The 30-year-old was born in Pocket County in Kenya before moving to America in 2013 to take up residence.

Tuliamuk booked her spot on the US Olympic team by winning the marathon team trials in Atlanta on February 29.

Sally Kipyego, who won Olympic 10,000m silver for her native Kenya in 2012 and became a US citizen last year, took the third spot in 2:28:52, 11 seconds ahead of one of the pre-race favourites, Des Linden.

“It was amazing,” said Tuliamuk, who became a US citizen in 2016. “When we broke away, I kept saying ‘Molly, let’s go’. I knew it wouldn’t happen by itself.”

The Tokyo Olympics were scheduled to begin on July 24, but were postponed last week due to mounting pressure to move or cancel the event while the world focusses on fighting the coronavirus pandemic.

The International Olympic Committee’s decision to postpone the Olympics was hailed from all corners, as athletes could no longer keep up their required training as the quadrennial showpiece drew ever closer.