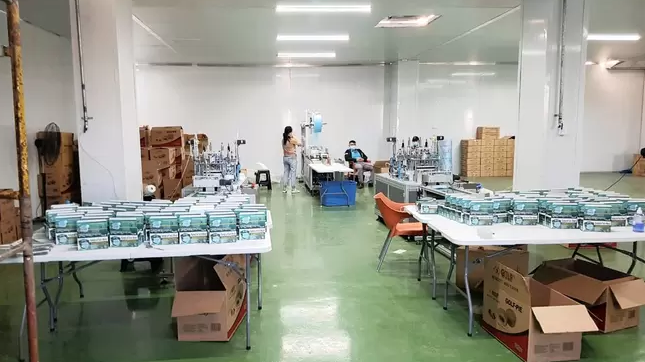 Police have rescued 14 workers from a mask factory in Glen Anil, Durban, where they were allegedly locked up since Monday last week.

“No amount of words could ever describe my anger following a shocking report I have just received from officials I assigned to investigate a complaint I received early this morning,” said Economic Development, Tourism and Environmental Affairs MEC Nomusa Dube-Ncube .

“Inspectors from the department’s Consumer Protection Unit, who are investigating complaints of the violation of consumer rights and price hikes, have saved more than 14 workers who were subjected to inhumane conditions,” Dube-Ncube said in a statement. .

It is alleged that the owners of Chinese company kept the workers locked in the factory and forced them to manufacture hundreds of masks to meet the demand caused by the novel coronavirus outbreak.

The MEC said her department received several complaints from members of the public that the mask company was disregarding the laws of the country.

“The owner of the factory has been arrested and inspectors from the Department of Employment and Labour are conducting an investigation. This is in relation to the violation of the [Basic] Conditions of Employment; and Occupational and Safety Act,” the MEC added.

“I applaud labour inspectors and members of the South African Police Service for working with our officials in restoring the dignity of these workers,” the MEC said.

The factory can’t be named until the owner has appeared in court.

The MEC also condemned the behaviour of security guards who allegedly harassed and pointed automatic rifles at department officials.

“I have implored law enforcement agencies to investigate this company. Importantly, they must ascertain whether a Chinese national, who was carrying an automatic rifle and harassing government officials, has the necessary permit. He must also be charged for defeating the ends of justice,” Dube-Ncube said.

Dube-Ncube also said that during an unannounced visit to retail shops and pharmacies, it was discovered that consumers were charged R780 for one mask.

The MEC said her department had a zero-tolerance policy towards shops that use the novel coronavirus outbreak as an opportunity to sell food and other essentials at inflated prices.

“Turning a blind eye to these injustices will be tantamount to the abdication of our mandate as public representatives,” the MEC said.

She added that department officials were on standby to investigate complaints of excessive pricing and the violation of consumer rights.

Members of the public have been encouraged to report inflated or irregular pricing in retail stores.

“This government is the only hope for millions of the people of KwaZulu-Natal during this difficult period. I undertake not to betray them, Dube-Ncube said.