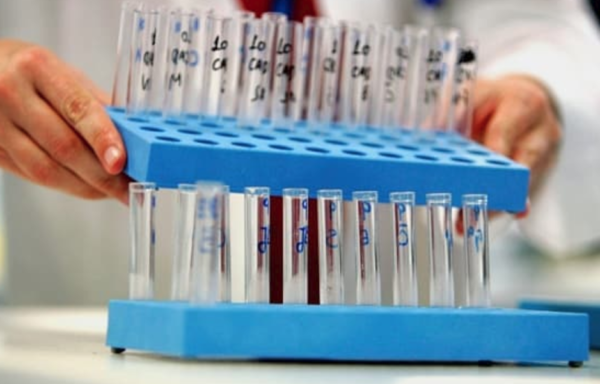 World Athletics President Seb Coe has warned athletes that stringent anti-doping controls will continue despite the world having been thrown into a tailspin by the coronavirus pandemic.

Coe also said the priority of the world athletics governing body is “to ensure that athletes get back to a safe competition zone” adding that consultations were in progress on how to put together the calendar “jigsaw puzzle” created by the rescheduling of the Tokyo Olympic Games to next year.

World Athletics has been consulting with other federations and the International Olympic Committee (IOC) in order to see how to fit in events affected by calendar changes prompted by the cancellation of several key sporting events, principally the Summer’s Tokyo Olympic Games.

And with elite Kenyan athletes eking out a living principally on the global circuit of one-day meetings and road races, World Athletics assured that they are “doing everything possible to salvage at least a shortened international season this year, where athletes can compete and earn money.”

“That is our first priority at the moment,” the Monaco-based World Athletics assured Friday.

Coe was speaking on a conference call with six selected journalists from global media houses, including the Nation Media Group, the only organisation selected from Africa.

Having to run his daily schedule from his home in England due to the coronavirus lockdown, Coe warned that anti-doping agents are not relenting in their efforts to weed out drug cheats, assuring that the current lockdown won’t offer a license to unscrupulous athletes to use banned performance-enhancing substances.

“I have a really clear message about this, that we are not in a test-free zone at the moment and that there’s no testing going on at the moment,” Coe responded to a question from Nation Sport.

“The one thing that athletes need to remember and reflect on, if they have a little bit more time than they thought they had, is that if you take the World Anti-Doping Agency and the top national anti-doping agencies and of course the Athletics Integrity Unit, these are organisations that are on the top of their game.

“We’ve long since passed a metric that only judged our efficacy in this area as being how many tests you do. That’s a very old-fashioned way of looking at it.

“There’s more access to intelligence than we’ve ever had. If you take the Athletics Integrity Unit – that’s 17 to 20 people – at least five or six of them are international investigators and they spend their whole time looking at intelligence around all sorts of things.

“No athlete should think that they are in an environment where they are able to capitalize on anything taking place.”

“It would be ridiculous of me to say it doesn’t. But every one of those organisations that are prepared to maintain a level playing ground will do everything they can to make sure that when we do return to competition, and we do have an Olympic Games next year, that the athletes are all entering that on equal terms and that has to be our ambition.”

Coe noted that athletes who had qualified for the Tokyo Games as initially scheduled for July 24 to August 9 will remain qualified in the rescheduled Games next year with World Athletics still working on further qualifications procedures.

Coe said his and World Athletics’ key priorities in this period are: “getting our athletes back into competition as soon as possible, once it is safe to do so; expediting current review of the Olympic qualification system and release any changes to the process as soon as possible so athletes know where they stand and reorganising the global calendar of events, not just for the next two years which will see some major disruptions, but for the long term and continuing to develop our strategy to grow athletics.”

The World Athletics supremo noted that the current challenging period should be a wake-up call “for all of us as human beings, as business and as sport” noting that athletics must embrace innovation to spring forward.

“We should capitalise on this and work out new ways of delivering events, create and plan new events that embrace the many as well as the few,” he said in a statement released from Monaco shortly after Friday night’s teleconference.

“We can use this time to innovate and extend our sport across the year.

“Rather than just focusing on one-day meetings and one-day road races at one end of the spectrum and 10-day extravaganzas at the other end, we should look at weekend festivals of running, jumping and throwing that take advantage of the Southern and Northern Hemisphere seasons.”

Coe stressed the need to work closer with governments.

“We should work with governments to re-establish sport in schools, rebuild club structures, incentivize people to exercise and get fit. This should and could be the new normal. We don’t have to do things the same way.”

Coe spoke as the Diamond League postponed three more meetings pushing the possible start of the 2020 season to June. The Stockholm (May 24), Naples/Rome (May 28) and Rabat (May 31) were put off indefinitely with the organisers saying “an alternative calendar for the 2020 season is to be announced in due course.”

The decision follows the postponement of the first two meetings of the season, namely Doha and Shanghai, which were scheduled for April and May.

“The meeting organisers, the Wanda Diamond League and World Athletics, remain committed to delivering a structured extensive season in 2020,” Friday’s statement from the organisers said.

“The aim is to ensure that athletes can compete at the highest possible level this year, and that fans will be able to see their favourite stars in action, whenever the global health situation allows.”