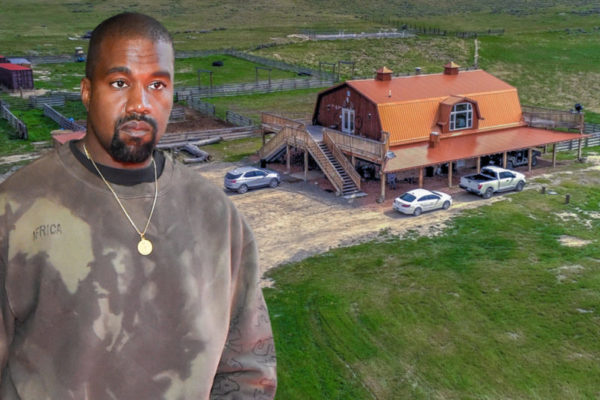 Kanye West’s Wyoming ranch will include a “urine garden” to convert human waste to plant food.

The “Stronger” rapper – who has four children with wife Kim Kardashian West – bought a 4 000 acre property in Cody last autumn, and then a second neighbouring estate shortly afterwards, and he has ambitious plans for the compound

According to a new WSJ magazine profile on the star, plans show ecological and waste-recycling systems including a vegetable garden, orchards, a pond and a “bio pool”.

A diagram explained the “urine garden”, a system which would convert human waste into a plant food, while there will also be “a series of seven dome-shaped rooms to be part of a closed-loop ecology for energy and water capture.”

The plans also feature a sketch of a skate park, while Kanye mentioned shower technology would involve a “hydrogen pulse detonation pump”.

The unveiling of the 42-year-old star’s vision for his rural retreat come after he and Kim recently threw open the doors of their California home for Architectural Digest magazine.

The house was remodelled by Belgian architect Axel Vervoordt to be as child-friendly as possible at Kanye’s request, and the garden completely redesigned so kids could use scooters outside.

Kanye previously said: “North was the inspiration for the design. As many places as I could take the stairs out, I did.”

And it’s the same inside the abode, despite its minimalist decor.

Kanye said: “The kids ride their scooters down the hallways and jump around on top of the low Axel tables, which they use as a kind of stage. This house may be a case study, but our vision for it was built around our family..

“Everything we do is an art installation and a playroom.”