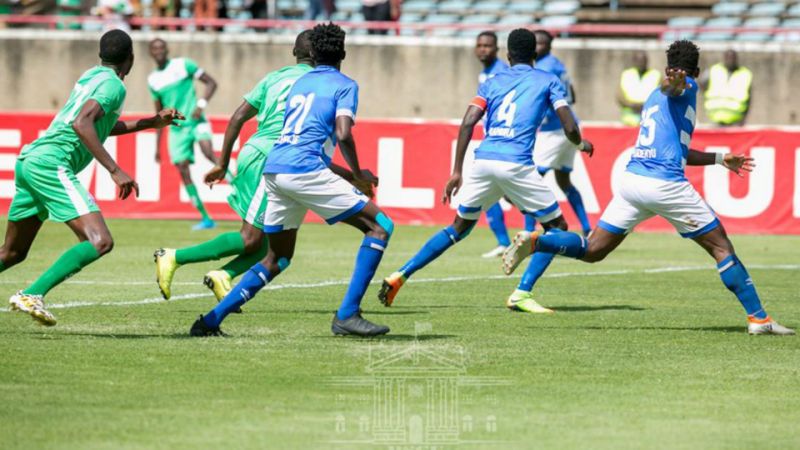 Fifa’s decision to disregard the Sports Dispute Tribunal and its recent ruling has left many questions unanswered, and local stakeholders are now calling upon the world football governing body to desist from creating anarchy within the local judicial systems.

In a letter addressed to Football Kenya federation (FKF) General Secretary Barry Otieno on Wednesday, Fifa’s Chief Member Associations Officer Veron Mosengo-Omba said that the body does not recognise the SDT or its decisions since it “is not the national arbitration tribunal.”

This raises the question: Which is the national arbiter on sports matters?

Additionally, Fifa could be seen to be dealing in double standards, since they have upheld several past decisions made by the SDT, including John Ohaga’s ruling on December 5 that nullified the FKF elections that had been slated for December 7.

“Fifa acknowledged that decision publicly and even asked the federation to conduct fresh elections in accordance with the SDT recommendations. What has changed now?” posed FKF presidential aspirant Lordvick Aduda. The other key questions raised via this letter is, what mechanisms should aggrieved sports men and women follow when seeking justice?

“Fifa is just creating confusion for no reason, and that is very wrong. They have forbidden us from taking sports issues to civil courts, and then disregarding rulings from sports courts. So what next?” Aduda said. “There are so many local footballers who have found justice at the tribunal, and Fifa’s latest communication now throws them off because, where will they go if they want justice?” asked a local footballer who asked for anonymity to avoid victimisation.

In light of this development, those opposing Fifa’s position have the following options: They could go back to the SDT and cite the federation for contempt of court, or move to the Court of Arbitration for Sport to plead their case, which will be a lengthy and expensive exercise.

They could also challenge the sports ministry to make a firm decision and give a way forward, or demand to be included in the talks scheduled for April 6 which will involve Fifa, the FKF, the SDT representative(s) and the Minister of Sport in order to find a way to argue out their position.

“For the record, the SDT is an institution established by law and is the only national sports dispute tribunal in Kenya. We are not convinced that Fifa or Caf, both registered and operating under the national laws of Switzerland and Egypt respectively, would dare defy the laws of those nations nor belittle their judiciary system.”

“We welcome Fifa proposal for a roundtable meeting with all the stakeholders’ involvement. However, such a meeting must be objective, without prejudice to the parties and without a predetermined outcome, rather it should allow for a meeting of the minds ad idem as it were,” the statement from stakeholders read.