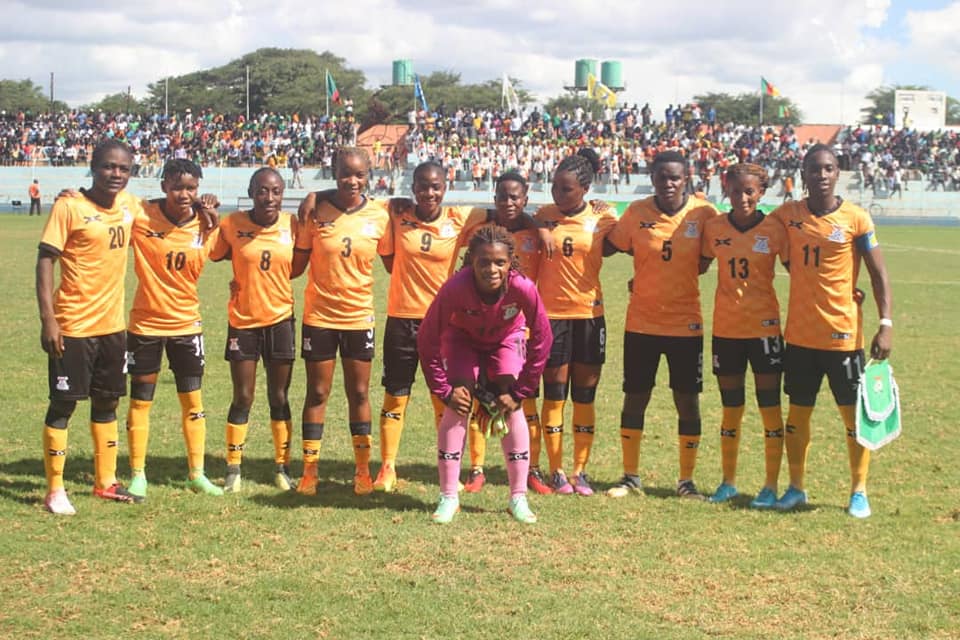 Zambia’s women soccer team has defeated Cameroon 2-1 to finish the final round 4-all on aggregate and qualify to the Tokyo 2020 Olympics.

The girls are coached by Bruce Mwape.

Mwape’s team overcame a 3-2 deficit but managed to score twice and conceded only once to qualify on away goals rule at Nkoloma Stadium in Lusaka.

In the first leg, Cameroon’s Aboudi Onguene scored a brace to give her side a 3-2 win against Zambia in the first leg of the African women’s football Olympic play-off final.

The striker scored an 88th-minute winner in an eventful game in Yaounde, handing her side a narrow advantage before the second leg in Lusaka on 10 March.

The score was 1-1 at half time, after Zambia’s Grace Chanda scored the first of her two goals before Cameroon’s Ajara Nchout equalised before the break.

Onguene then put the home side ahead for the first time in the 71st minute. Three minutes later, Chanda scored a second to level the scores before Onguene gave Cameroon the victory late on.

The winner of the tie will earn a place at Tokyo 2020, which is scheduled to go ahead as planned in July and August despite fears over the coronavirus outbreak.

The losers in the tie will have one final chance to seal a place at the Games, with a play-off against Chile, the runners-up in the 2018 Copa America.

Cameroon have beaten Ethiopia, DR Congo and Ivory Coast to reach the final, while Zambia beat Botswana and Kenya after Zimbabwe’s refusal to play handed them qualification in the early rounds.