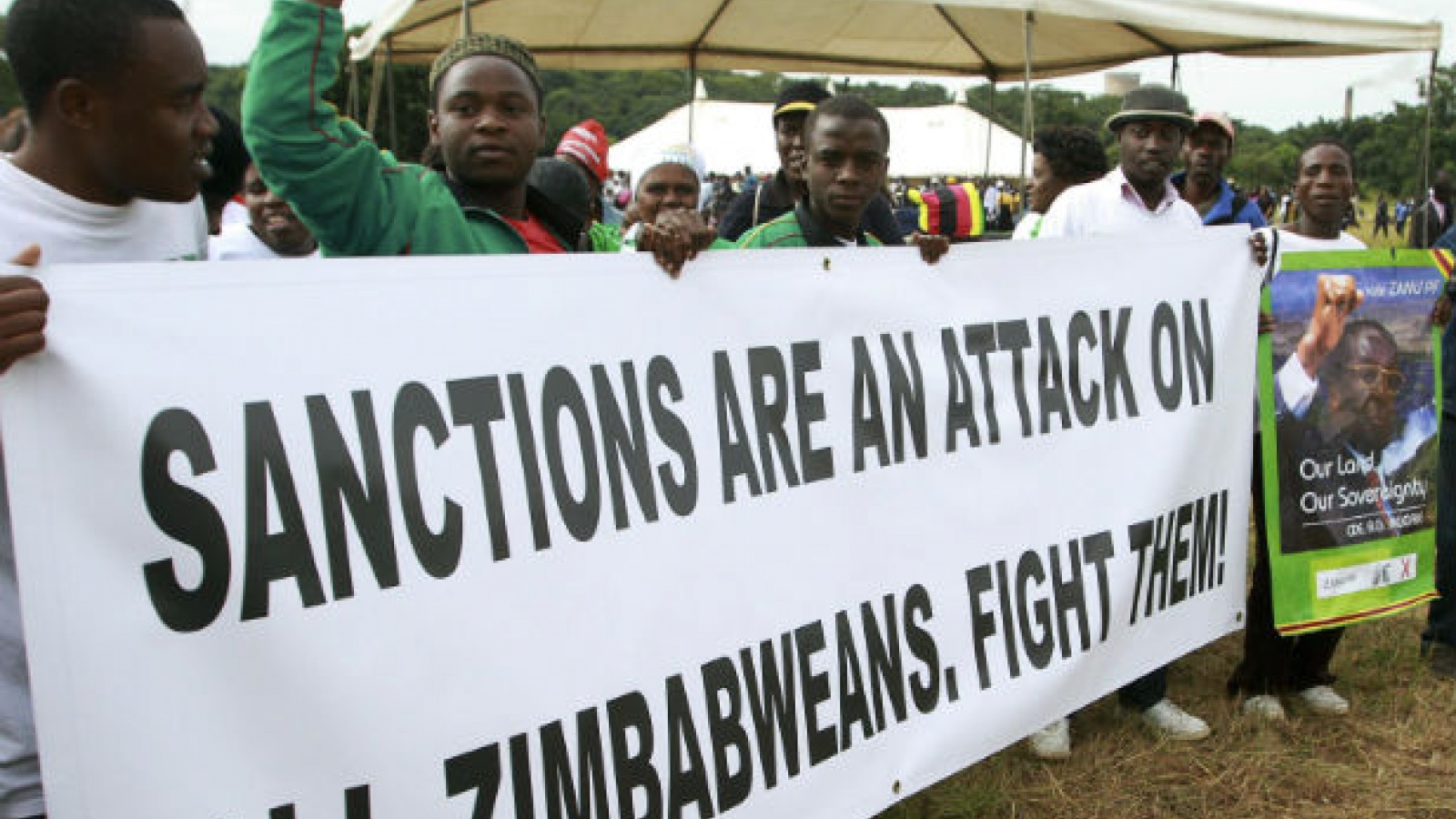 The departure of the late long-time Zimbabwe president Robert Mugabe gave the country a sense of hope that better things were to come.

For over a decade under Mugabe’s rule, Zimbabwe’s economy shrunk and its people endured hardship.

The arrival of President Emmerson Mnangagwa who assumed office with the help of the military was a seen as a new dawn for the former southern African food basket.

However, the United States of America has still maintained the sanctions imposed on Zimbabwe sending officials into disbelief.

The government has expressed concern over the renewal of sanctions by the United States, despite the steady progress made in the implementation of various reforms.

The US Congress extended its sanctions regime on Zimbabwe last week at least by another year, alleging lack of reforms by President Mnangagwa’s administration.

The US further said Zimbabwe still threatened its foreign policy, yet since assuming power in 2017, President Mnangagwa’s administration voluntarily embarked on a reform process across the social, political and economic sectors.

This was part of the broader objective of achieving an upper middle income economy by 2030.

In a statement yesterday, Foreign Affairs and International Trade Minister Dr Sibusiso Moyo said although they were disappointed, the Government was not surprised by the latest move.

“Of particular regret, and where we must register our deep concern is that the narrative accompanying the renewal order makes no reference to, nor does it acknowledge or recognise any of the notable progress made in implementation of the political, economic and legislative reform programme outlined by His Excellency the President when he assumed office in November, 2017 and further reinforced following the harmonised elections of July 2018,” said Minister Moyo.

He said some of the reforms carried out include the Transitional Stabilisation Programme (TSP) designed to rein in Government expenditure, the repeal of the Public Order and Security Act (POSA), the imminent repeal of the Access to Information and Protection of Privacy Act (AIPPA) and the imminent licensing of community radio stations and independent television stations.

Cabinet has also approved electoral reforms, the commitment by Government to align the laws with the Constitution by June 2020 and the establishment of the Zimbabwe Investment and Development Agency to improve the business environment.

Minister Moyo said Government was also implementing recommendations from the Motlanthe Commission report following the August 1, 2018 disturbances that led to the death of six people.

Despite the extension of sanction, Minister Moyo said the re-engagement with the US government will continue.

“Notwithstanding the unfortunate stance, we will continue to seek meaningful re-engagement with the United States authorities on a mutual respect basis and we will, of course, continue to pursue the reform agenda we have set ourselves at a pace which is responsible, manageable and sustainable,” Minister Moyo said.

Secretary for Information, Publicity and Broadcasting Services Mr Nick Mangwana bemoaned the characterisation of Zimbabwe as a country that “poses an extraordinary threat to the foreign policy of the US.”

“All Zimbabwe asks for is to be allowed space to be a full member of the community of nations transacting without restrictions as other nations do,” said Mr Mangwana.

“We don’t seek to interfere with the foreign policy or interests of any nation and we have no history of doing that. Our commitment is to the development of our country and the delivery of socio-economic outcomes of our people,” he said.

Mr Mangwana called for patience as the country implements its reforms and welcomed countries that wished to partner Zimbabwe in its development agenda.

Political analysts took a swipe at the extension of sanctions by the US.

Mr Goodwine Mureriwa said: “They are not ashamed of violating international law to maintain economic hegemony. The talk about lack of democracy, human rights and rule of law is just a smokescreen.

“They are aggrieved by the certain irreversibility of the land reform and its perceived domino effect on South Africa and Namibia.”

Mr Mureriwa added that the US objective in the SADC region was to have all liberation movements out of power to have easy and free access to mineral and other natural resources.

Another analyst Mr Obert Gutu said Zimbabwe was a safe and stable country that does not pose any threat to any nation.

“It is, therefore, extremely unfortunate and sad that the White House has decided to extend sanctions against Zimbabwe.

“Zimbabwe isn’t a hot-spot whichever way you choose to look at it. Zimbabwe doesn’t harbour any terrorists that seek to harm American interests,” he said.