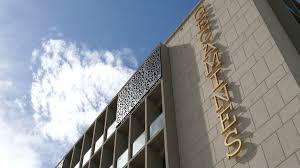 Under investigations for embezzling millions of United States dollars from Katanga’s mining giant, Gécamines, Albert Yuma has come off the rails to pour out his frustrations virtually describing Democratic Republic of Congo leader Felix Tshisekedi as clueless.

Yuma is under investigation for grand scale corruption that has seen the DR Congo lose over $700 million.

At the time he headed Gécamines, the company slipped into debt of $143 million although financial statements show that over $700 million had gone missing in unexplained circumstances forcing the government of Felix Tshisekedi to open investigations.

Yuma has dismissed the investigation as an attempt to create a poisonous business environment, gloomy and opaque driven by fiscal harassment.

Yuma, the president of the Congo Business Federation (FEC), made his acerbic attack on government policy. He also railed against “foreign interference” in mining issues.

“No government should ever promise what it is not sure to deliver. It is a question of credibility and accountability of public action to the governed,” he said.

Yuma is currently at the centre of a judicial investigation opened by the Kinshasa public prosecutor’s office into Gécamines’ debt of 128 million euro ($143 million).

He is president of the company, but on 29 February, during a traditional ceremony for the employers’ organisation at the Pullman Hotel, it was in his capacity as president of the Federation of Enterprises of Congo (FEC) that he slammed his fist on the table, denouncing Tshisekedi and the new government’s policy.

A close associate of Joseph Kabila — who tried to impose him on the premiership in April 2019 — Yuma called on the new government to initiate major reforms to improve the business climate and establish an efficient tax system in the DRC.

Reforms that would allow the state, he said, to boost investment and public revenue.

His call comes a few days after the end of the IMF interim programme evaluation mission, whose report reflects similar concerns.

The latest statistics published by the Central Bank of Congo indicate that economic growth in the DRC declined in 2019 compared to 2018, dropping to 4.6% from 5.8%.

“Although this growth rate is higher than the average for sub-Saharan countries, the DRC’s economic growth remains fragile and not very inclusive because it is driven by the mining sector, which is highly capital-intensive but provides few jobs,” said Yuma.

To demonstrate the negative impact of this fragility, the Chairman of the FEC referred to the latest UNDP Human Development Report of 2019, which ranks the DRC at 179 with an HDI of 0.459.