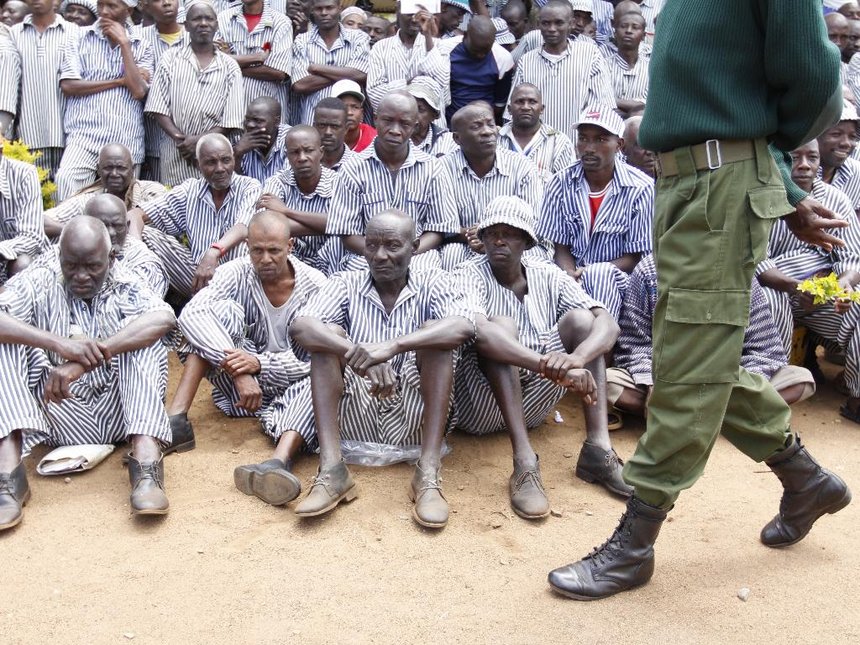 We often hear stories of Africans who find themselves in jail on sometimes unfair circumstances, deprived of an opportunity for a fair trial, falsely accused by denied the basic rights of defence.

But quite less often do we hear a story about a prisoner who was able to reverse his circumstances, earn a high-level education and a law degree, and then use those skills acquired to argue for his own release before a court!

That’s the incredible story of Willis Ochieng’, a man who spent almost 20 years in the Kenyan prison system, and elevated himself to become his own lawyer and advocate thanks to an international educational programme.

This story, which is reported in detail in African Arguments, reads much like a Hollywood screenplay:

Until a few months ago, he thought he would spend the rest of his life in jail. He had already been in prison for almost two decades.

“Things have changed,” he exclaims as he pulls out his phone from his pocket. “On my arrest in 2001, I left a mobile phone with an aerial!”

Ochieng’, who admits to selling drugs in high school and being a member of a gang called Baghdad, had been tried and convicted for robbery with violence. In Kenya, this crime is punishable by death, though in reality this equates to life imprisonment; no one has been executed by the state since 1987.

With most of his life still ahead of him, the young man who’d had little education was thrown into Kodiaga prison in Kisumu County where he believed he would see out the rest of his days. Little did he know that nearly twenty years later, he would walk out of a prison a free man, having successfully argued in court for his own release.

When he first reached prison, Ochieng’ was keen to keep studying and took to it well. After a while, he sat his secondary school exams before going on to teach his fellow inmates at various different jails to which he was relocated over the years. Eventually, he found himself at Kamiti prison where he taught other prisoners chemistry and biology.

That’s where he was in the late-2000s when a new initiative called the African Prisons Project (APP) began. Founded by Alexander McLean, who trained as a barrister in the UK, the initiative began as a way to help provide access to justice for inmates in Kenya and Uganda.

“I met prisoners, usually young men like me,” he told African Arguments of his motivations for establishing the APP. “They had been in prison for years without a trial.”

For Ochieng’, the APP meant an opportunity to enrol in a course – conducted in partnership with the University of London – to study law. He grabbed it with both hands, going on to attain a law diploma and then a law degree along with 17 fellow inmates.

It was through this process that Ochieng’ and others learnt that they could apply for resentencing if they felt their punishments were not justified. Some APP paralegals helped them draft their applications and trained them in how to represent themselves in court.

Ochieng’ made his case in front of the judges and was ultimately successful, in part thanks to the argument that death sentences are no longer legal since Kenya’s passed a new constitution in 2010. He walked free soon after.